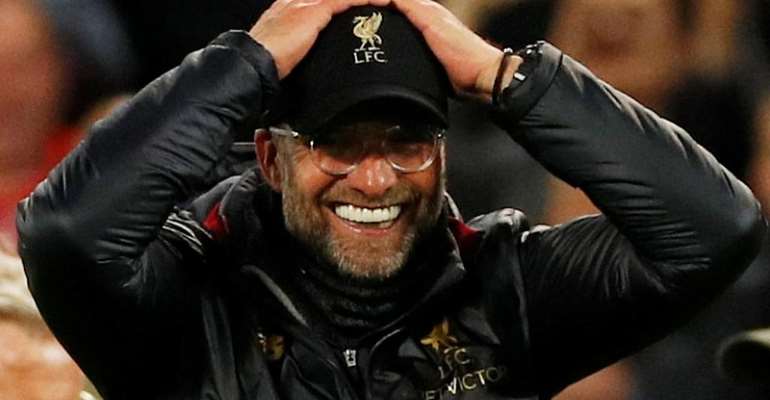 As a second string Liverpool side prepare to face Aston Villa in the last eight of the League Cup on Tuesday night in central England, 7,000km away in the Qatari capital Doha, Liverpool's first team boss Jurgen Klopp hit out at the timing of the Fifa Club World Cup.

"We are here now and we are completely focused on it," said Klopp. "But if you had asked me beforehand if I think that there should be a Club World Cup in the middle of our season, I would say no, in my honest opinion."

Liverpool, as European champions, enter the tournament at the semi-final stage where they will play Monterrey, the Mexican outfit that claimed the Concacaf title.

The victors will take on either the Brazilian side Flamengo - holders of the Copa Libertadores - or the Asian champions Al Hilal in Saturday's final at the Khalifa International Stadium in Doha. There will be a third place play-off for the losers.

Clash
Speaking a day after his side was drawn against Atletico Madrid in the last 16 of this season's Champions League, Klopp added: "I like now being here because we have a lot of fans in this part of the world. They usually have to follow us at night time if they want to watch our games so that's nice that we can come closer from time to time."

Elsewhere in the Champions League draw, Paris Saint-Germain were paired with Borussia Dortmund while Lyon will take on Juventus.

World football's governing body, Fifa, recently confirmed plans to expand the seven-team Club World Cup format to a 24-team competition which will start in China in 2021 and be played in June and July - meaning a clash with the next Africa Cup of Nations scheduled for Cameroon.

Klopp warned expansion might not yield the anticipated fruits."Everybody needs to think about it," he said. "If there is time for a tournament which is nice, then you cannot have then another. You cannot just add on tournaments, that doesn't work."

After their efforts in Qatar, Liverpool return to England to continue their pursuit of the Premier League title. They are 10 points ahead of second placed Leicester City who they face on 26 December.

Witness confirms Dampare’s involvement in the arrest of Abua...
41 minutes ago