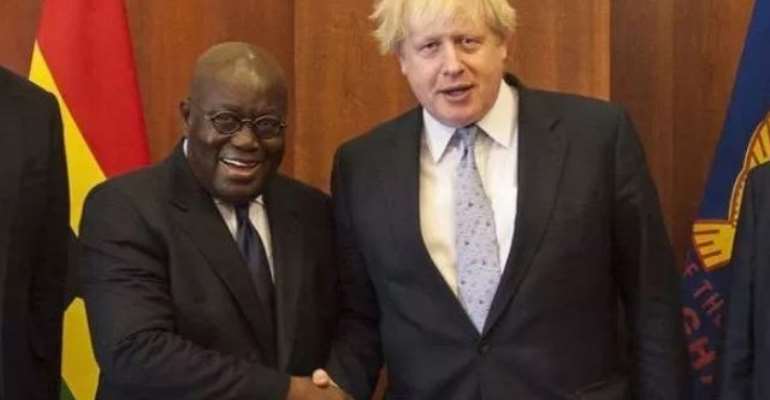 According to him, both Ghana and the UK have “…an opportunity, together, to renew and strengthen the relations between our two countries, focusing on enhancing trade and investment, and scaling up prosperity for our peoples.”

“The common democratic aspirations and values of our two nations provide us with a strong platform for going forward. The Ghanaian people and I wish you the very best of luck and lots of success in the future,” the President wrote.

Mr. Johnson's Conservative Party won the elections after recording 13,966,565 representing 43.6% of votes counted against that of Jeremy Corbyn and the Labour Party, who polled 10,295,607 representing 32.2%.

The governing party also won a majority of 365 seats in the House of Commons while the Labour Party secured 203 seats.