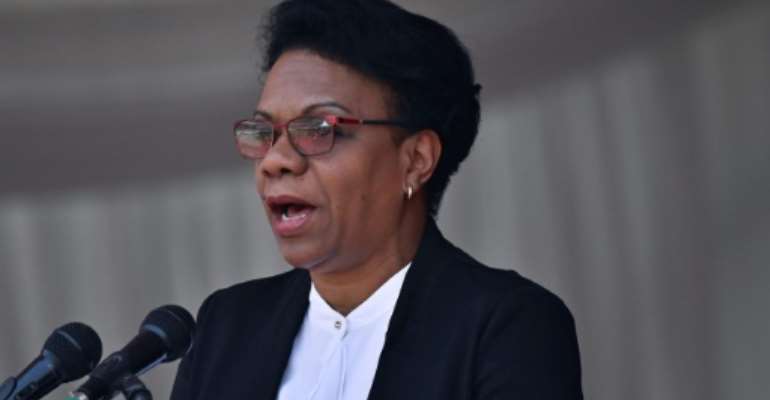 Cuba has about 100 doctors in Kenya and is working with authorities there to secure the release of two who were kidnapped by jihadists, Vice President of the Cuban Council of Ministers Ines Maria Chapman said. By TONY KARUMBA (AFP/File)

Two Cuban doctors who were kidnapped in Kenya in April and taken to Somalia "are well," a Cuban official said Tuesday, adding that both countries were working to get them released.

"The Kenyan authorities affirmed that both doctors, Assel Herrera and Landy Rodriguez, are well and they will continue their efforts, as well as those carried out by our country, for their safe return to Cuba," Ines Maria Chapman, vice president of the Cuban Council of Ministers, told reporters on Monday after returning from a trip to Kenya.

The pair -- a general practitioner and a surgeon -- were abducted on April 12 by suspected Al-Shabaab jihadists in Mandera, near the border with Somalia.

A top government official said in May the gunmen had demanded $1.5 billion for their release.

Herrera and Rodriguez were part of a 100-member Cuban medical brigade that was working in Kenya under an agreement between the two countries.

"Our people can be sure that the Cuban government, like the government of Kenya, is making huge efforts, paying special attention to this issue," Chapman said.

She did not elaborate on the location of the two doctors, nor steps that were being taken for the release.

The rest of the Cuban doctors in Kenya "are fine, they are safe. Some doctors who were on the border have been relocated closer to the capital."

Somalia's Al-Shabaab militants have been waging an insurgency against the foreign-backed government in Mogadishu for over a decade.