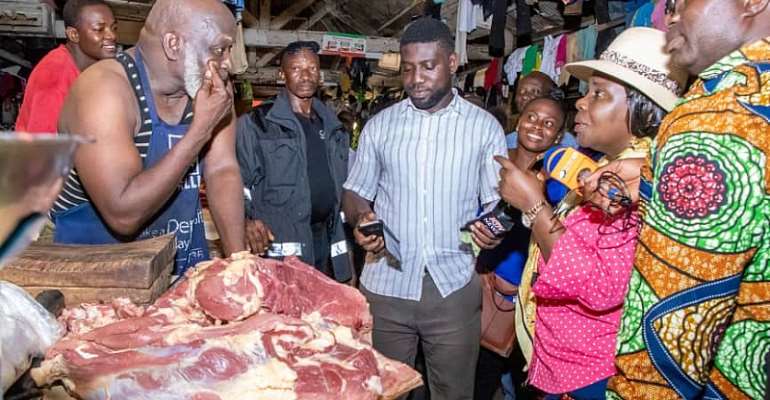 The Minister for Sanitation and Water Resources, Hon. Cecilia Abena Dapaah has given the strongest indication that her Ministry will not countenance on the use of lorry tyres by butchers to burn their animals at the various Abattoirs and Slaughter Houses.

The practice she said was unwholesome and a serious threat to public health.

She, therefore, warned the butchers to stop the practice or be prosecuted.

The Sector Minister gave the warning when she visited the Abattoir at Kumasi as part of her three-day official working visit to Kumasi.

She said the butchers should always remember that they play a key role in promoting good health and that should be a major factor to drive their business.

Hon. Cecilia Abena Dapaah called on the Assemblies to enforce the bye-laws and prosecute offenders. The Abattoir according to the records slaughters almost 150 animals daily.

This is the second time the Sector Minister, Hon. Cecilia Abena Dapaah has cautioned butchers to refrain from using lorry tyres to burn their animals.

She made a similar appeal during her tour to the Municipal Assemblies in the Greater Accra Metropolitan Area in September.