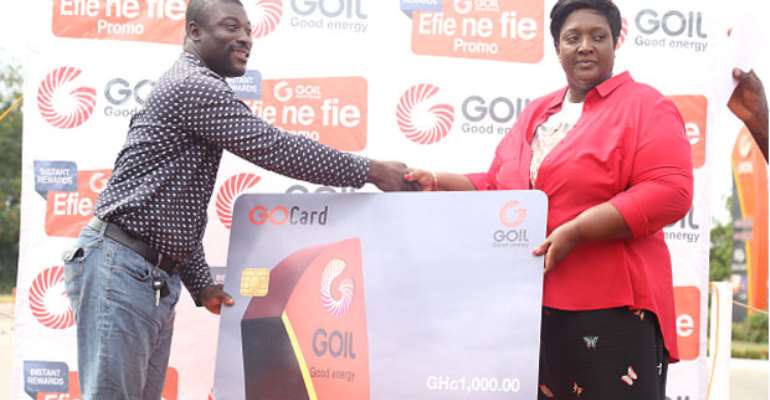 GOIL COMPANY Limited has rewarded 920 of its customers at its first ultimate reward scheme for the 2019 'Efie ne Fie' promotion in Accra.

Sixty of the beneficiaries received GH₵1,000 worth of fuel each on GOIL's GoCard, with 300 customers receiving GH₵500 worth of fuel, while 560 customers got GH₵300 worth of fuel. The vehicles were taxis, trotro, mini and big buses, trucks, tricycles and private saloon cars as well as SUVs.

Managing Director and Group CEO of GOIL, Kwame Osei-Prempeh, noted the rewards was in fulfillment of a promise made to customers.

Head of Fuel Marketing, Marcus Deo Dake, explained that over 2,500 customers would benefit from the three ultimate reward ceremonies at the end of the promotion in January, 2020.