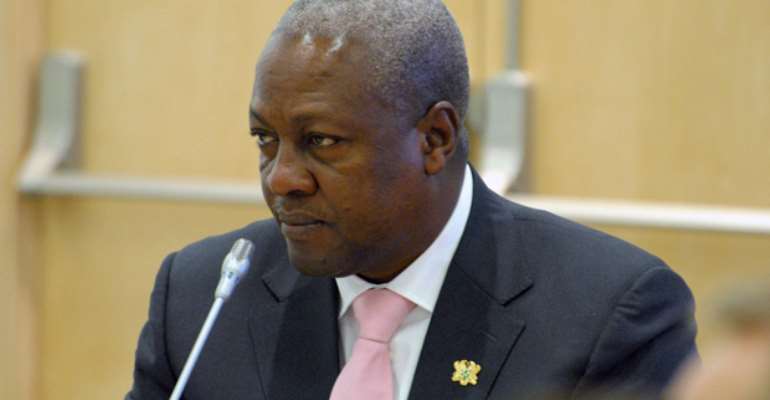 Since the dawn of history, human existence has had to deal with different people across all cultures that were or are masters at causing confusions; creating troubles or making other humans' lives miserable or get stuck in the mud of socioeconomic marginalization. Some of these folks can be the coworkers, religious personnel, wife/husbands, friends, journalists, musicians and of course kings or traditional rulers, judges/lawyers and political leaders or politicians in general.

In psychology and in other human behavioral disciplines, the above individuals can either be classified as aggressive, passive-aggressive, pessimistic, manipulative and the like. Regardless of the behavioral class these people fit in to, these characters can be or tend to be simply “experts” at playing on other people's intelligence/emotions.

Surely, they can easily manipulate people's emotions in that they usually learn how to condition themselves in order to come across as humble, relatively charming, unthreateningly confident, and remorseful in a subtly faking way. In the process, the gullible among the pack and even including some smartest people can fall under the manipulative spell of these rubble rousers.

If any political leader in Ghana today or in the time past has been an “expert” in creating sociopolitical confusion and dramatic/misleading scenes among vulnerable Ghanaians, in such a way that he/she becomes the only one who has control over those manipulations, it is none other than ex-President John Dramani Mahama, now turned presidential candidate of the country's main opposition party, the National Democratic Congress (NDC).

From all indications, former President Mahama is “political drama king” of the highest breed. They say, “Everything happens for a reason.” Probably, there must be a cosmic reason(s) behind Mr. Mahama's middle name of DRAMA(NI). Thus, if we take out the letters “ni” from Dramani, we are left with the English word—Drama! In the so-called queen's language, whenever one says a person is full of drama, the disdainful implications the word evokes are self-explanatory.

Clearly, former President John Drama(ni) Mahama has mastered the art of exploitation with its attendant production of socioeconomic and political confusions among many Ghanaians. No doubt, the “Bole Area Darling Boy” has persuaded himself first into believing that Ghanaians owe him additional years of the nation's presidency; so, by all means necessary, he has to be elected/selected as president for the third time. Anything short of not becoming president again would probably torment his inner soul even after he has departed this place called earth to eternity.

For sure, this sense of entitlement mindset is one of the underlying reasons the current NDC's chief bankroller (JDM) reacts erratically and incoherently, to many of the national issues in the course of his presidential campaigns, as the country prepares for the upcoming general elections in the later part of the year 2020. Apparently, Mr. Mahama's not-too-veiled but unwavering political attitude tells his unstated self-pity story that since the inception of the constitutional government of the 4th Republic, all the previous former presidents, from Rawlings, Kufour, up to him (JDM) with an unfortunate exception of John Mills (late), each of them completed the two four-year terms.

To that end, he passionately believes he has four more years remaining at the Jubilee/Flagstaff House that needs to be redeemed at all cost. Put differently, ex-President Drama(ni) Mahama—by virtue of being a defeated incumbent president in Ghana's history so far—speaks and behaves as if he is more Ghanaian than everyone else in this country today. His behaviors depict a bitterly upset leader trying deceivingly hard to suppress some form of electoral anger, frustrations and political payback.

It seems like nothing any Ghanaian does will ever satisfy ex-President Mahama's overzealous ambitions for political power, unless such effort is consistent with his insatiable quest for the ultimate prize of becoming president again, to get the chance to misrule Ghana as his inept NDC administration did prior to his humiliating defeat in 2016. He makes self-serving demands as opposition leader and often backed them up with incomprehensible policy positions which conspire to reinforce the general narrative that he is not a competent leader. Yet we get many uninformed Ghanaians, including some media outlets serving as cheerleaders for Mr. J. Drama(ni) Mahama's “entitlement” ambitions.

Besides the landmark Free SHS by President Akufo-Addo and his ruling NPP government's equally significant social programs that is under constant demonization by Mahama-run NDC, another notable state institution that faces the brunt of ex-President Mahama's unreasonable and egocentric critiques is the Electoral Commission led by Ms. Jean Mensah. Evidently, JDM and his minions hold “secret” grudges against the present Electoral Commissioner (EC) appointed by President Akufo-Addo; obviously out of political vindictiveness in that the NDC wrongly sees the current president as the reason then president Mahama-chosen Ms. Charlotte Osei is no longer the EC.

As a result, Ms. Jean Mensah has become the proverbial hen that can never dance to satisfy the gluttonous instincts of the “hawk” menacingly laying ambush in the scrubby nest of ex-President John Drama(ni) Mahama. Unlike her predecessor, Electoral Commissioner Ms. Jean Mensah has been going extra miles to address the concerns of all the major stakeholders in the upcoming general elections, but the “entitlement” former President JDM and his NDC clan, especially, are crying wolf as expected by some of us who can think critically for ourselves.

In one of his never-ending political dramas, Mr. Mahama recently raised a bizarre objection against the Electoral Commission-created Eminent Advisory Committee that some selfless and patriotic-minded Ghanaians, including the founder of the NDC Flt. Lt. (Rtd) Rawlings favorably described as the “wisest thing ever” in the country's election history. But, here, Mr. Mahama has incoherent reason for not supporting the Eminent Advisory Committee because he would rather want Ghanaians to wait until electoral conflict were to occur in the 2020 general polls and then the aggrieved political parties can go seek redress/arbitration before such election-related advisory body. Does this really make sense? Any reasonable-minded human being knows the proactive way of approaching a problem is far superior to the reactive route.

Almost every public policy at the moment must be in his terms because over the past three years, former President Mahama has developed a sense of entitlement to Ghana's presidency. Unsurprisingly, he goes around acting as a former president who was not allowed to finish his “legitimate term of office” at least for eight years. So, the question is: If he and his NDC party fail (which they likely will) to win the presidency and the majority seats in Parliament, what next?

It is the scary posture by former President John Mahama and his die-hard “acid-mouth” followers, whose party chairperson was allegedly caught on audio tape planning to create chaos in Ghana to make the current Nana Addo's government looks bad. Indeed, ex-President Drama(ni) Mahama does not sincerely want peace in the impending general elections in 2020 because a peaceful outcome of the elections may not sell well for his “entitlement” story in the country's sociopolitical market.

Bernard Asubonteng is a US-based writer. Currently he is Ph.D. candidate for U.S public/foreign policy.