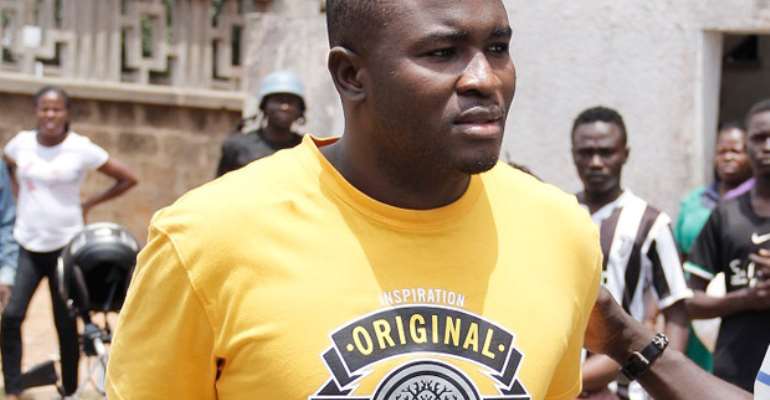 There is misunderstanding over the legal representation for Eric Kojo Dua, the main suspect in the murder of two police officers at Buduburam, near Kasoa in the Central Region.

The accused person seems to be split between two defence lawyers, Augustines Obuor and George Eshun, both of whom have entered appearance to defend him in the case.

During the sitting before yesterday's, Kwame Owusu had announced himself as holding the brief for Augustines Obuor.

Mr. Eshun later showed up in court on the same day only to be told that another lawyer had entered appearance for the accused person.

It would be recalled that it was Mr. Eshun who had earlier requested the court to order a psychiatric evaluation of Eric Dua.

According to a Kaneshie Magistrate Court presided over by Magistrate Eleanor Barnes-Botchway, Mr. Eshun was not pleased with the turn of events.

She, therefore, asked the accused person who was representing him as counsel and Dua pointed at Kwame Owusu who was holding the brief for Mr. Obuor.

Asked by the magistrate about Mr. Eshun, the accused person said he (Mr. Eshun) is not his lawyer but rather he was his late mother's lawyer.

The court seeking to clarify the issue had to stand the case down for 15 minutes, hoping that Mr. Eshun would show up so they could resolve the issues once and for all.

The case was, however, recalled after Mr. Eshun could not show up and the issue was left inconclusive.

Meanwhile, the prosecution has said they are almost ready with the bill of indictment on the accused person.

Chief Inspector Simon Apiorsornu, who held the brief for ASP Sylvester Asare, told the court that the docket is with the Attorney General (AG) and he had been informed that they were almost done.

The suspect on August 28 shot and killed Sgt. Michael Dzamesi, a service driver, and L/Cpl Awal Mohammed – both personnel of the Motor Transport and Traffic Department (MTTD) detachment at Kasoa in the Central Region.

They were said to be on Task Force duties on the Kasoa-Winneba highway when the main suspect, Kojo Dua, and the other three suspects also on trial, on board an unregistered Toyota Camry, blatantly ignored the signal of the officers to stop and sped off.

Kojo Duah was on the run after the deadly incident and was later arrested on the Senchi Bridge on Saturday August 31 in the Eastern Region.

He is reported to have said he killed Sgt. Dzamesi out of revenge for the death of his mother because he was convinced that the deceased was responsible for it.