EC Sacks Returning Officer Over For Campaigning For NDC 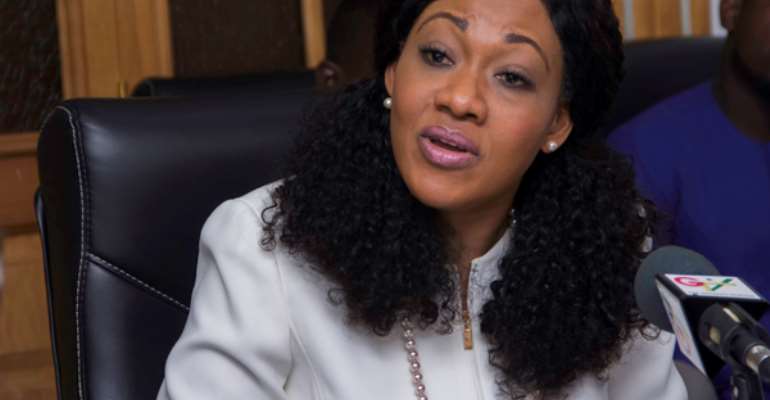 The officer was said to have ignored the procedures, rules and regulations governing the mounting of platforms for Aspiring Assembly members as stipulated in EC's guidelines on District Level Elections (DLE).

Anobil Forson, Agona West Municipal Director of the EC, confirmed the dismissal of the returning officer to the Ghana News Agency (GNA) in a telephone interview on Sunday.

He said a petition was received from a registered voter Eric Sekyi Darisu in the Wawase/Nyamedam/ Amponsah Electoral Area, over the conduct of the returning Officer.

The petitioner said on Sunday, December 8, the Electoral Commission through the returning officer of the Electoral Area mounted a platform for the four aspiring members contesting the Assembly election.

The EC officer said the Petitioner declared that the DLE is not partisan, but the returning Officer allowed the immediate past Gomoa Central Member of Parliament (MP) for National Democratic Congress (NDC), Raphael Adwoa Appoh and other NDC officials to mount the platform with a candidate.

The Agona West EC Director said the petitioner indicated that the former NDC MP was given platform to speak on behalf of Mr. Assipounu with an open applause by the said Constituency Executives of the NDC.

He said in view of the rules governing the DLE, there was a clear violation of the rules of the DLE for which sanctions were well spelt out.

The appropriate sanction will be applied against the candidature of the said Samuel Ametepe Assipounu, he said.

Anobil Forson said based on the petition, EC conducted its investigation on the issue and it turned out that Madam Forson failed to apply the rules and therefore dismissed the Returning officer to avoid confusion.