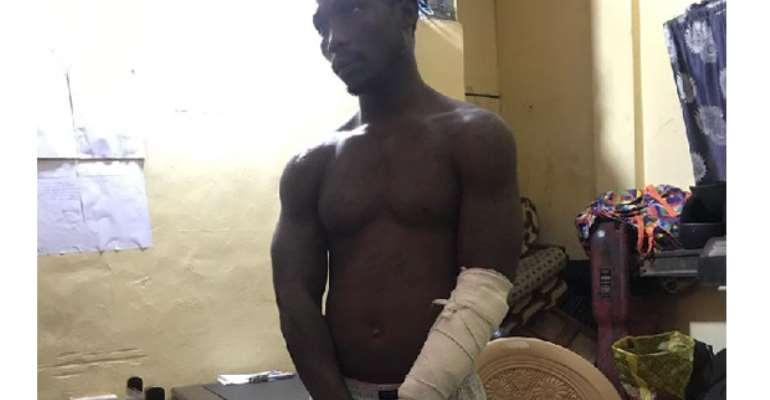 The suspect after his arrest

One of the country's most wanted fugitives, Baba Musa, has been arrested after more than six years on the run over armed robbery and other violent crimes in the Ashanti Region.

The fugitive was said to have been arrested on Sunday evening at Sawaba, a suburb of Asokore-Mampong Municipality, for his involvement in a murder and deadly robberies within the period.

Police had issued various rewards for information leading to his arrest.

They had been searching for him since the era of the former Regional Police Commander, COP Nathan Kofi Boakye, when he injured a man during a robbery expedition.

Police at the time described the attack as “brutal” and issued a murder warrant for Baba after he was identified by a witness.