Another GRA Officer On Fire At Madina 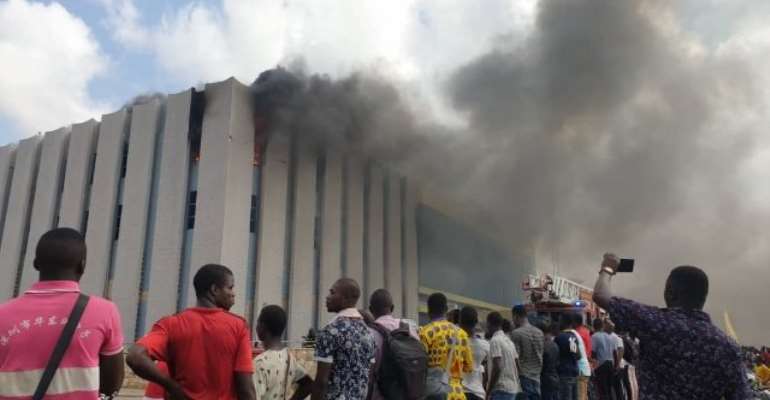 Barely a fortnight after fire gutted the head office annex of the Ghana Revenue Authority (GRA) on the Ring Road in Accra, sparks of fire have been detected at the Madina office building of the authority in Accra on Monday.

According to eyewitnesses, at about 7 a.m., smoke was seen coming from the office located at Zongo Junction.

“And shortly after we saw the flames and some people running from the building,” said the eye witness who said she was undertaking her trading activities a few metres from the building at the time.

The Daily Graphic found out that the fire started from the server room of the office, and was brought under control before it could spread to other offices.

The server room serves as the main record-keeping unit but the no records were destroyed by the fire, a source at the GRA head office said.

Cause of the fire was unknown as of the time of filing the report.

The source said personnel of the Ghana National Fire Service (GNFS) were called in but the situation was brought under control before they arrived.

The source explained that “ it was just some electrical wires that tripped and sparked fire. it was quickly doused and no extensive damage was caused”.

Background
Fire gutted the Head Office Annex of the GRA, known as the VAT House, along the Ring Road Central, near the Kwame Nkrumah Interchange, on December 1, this year, leaving the top floor of the two-storey building ravaged.

It took firemen from the GNFS about six hours to bring the fire, which started at about 4 a.m., under control.

Later, the GRA indicated that no data was lost as the authority had a networked system with a backup.