Trump, Syria and Facebook: the volatile cocktail of the 2010s 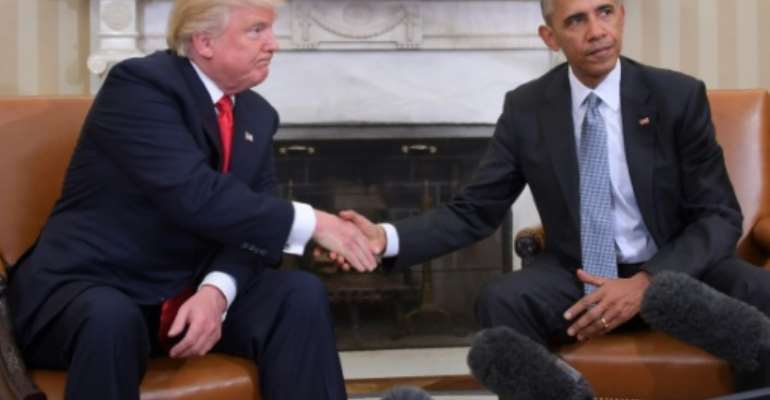 The White House transition from Barack Obama to Donald Trump (the pair are seen here after Trump's election in November 2016) has been one of the most stark in US history. By JIM WATSON (AFP/File)

The Arab Spring gave way to bloodletting in Syria, a refugee exodus and surging jihadist violence. Obama gave way to Trump. The United Kingdom chose to Brexit. And for many around the world, while the 2010s began with hope for a more equitable world, they end with a slide towards nationalistic populism.

The following is a look at some of the people and events that shaped the past decade:

The United States will begin the 2020s with Donald Trump in the Oval Office, as a president of a country riven by political, societal and economic discord -- and a leader facing impeachment. 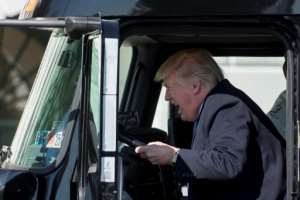 Trump -- who is accused of abusing his power to ask a foreign nation, Ukraine, to investigate a domestic political rival -- has every chance of being acquitted by the Senate, where his Republican Party faithful hold the majority.

But Trump still stands to become the third ever US president to be impeached, after Bill Clinton and Andrew Johnson -- Richard Nixon having resigned before he could face judgment by lawmakers.

The stranger-than-fiction unfurling of his presidency mirrors his rise to power -- in 2016, it seemed unfathomable to some that a real estate mogul-turned-reality show star would lead the world's biggest economy.

But he defeated Democrat Hillary Clinton in what was for many an upset for the ages, and the tall New Yorker with the wispy blond mane succeeded Barack Obama, America's first black president.

Obama was a Nobel peace laureate; Trump once hosted "The Apprentice." POTUS 44 and 45 could not be more different.

Trump -- who is a climate change skeptic, a protectionist and tough on immigration -- has eschewed tradition and run the White House his way, taking no prisoners. 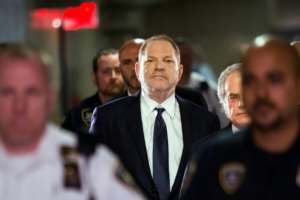 "From this day forward, a new vision will govern our land. From this moment on, it's going to be America First," he said on the Capitol steps in his inauguration speech on January 20, 2017.

As the 2010s draw to a close, the booming success of the American economy will help his chances at re-election next year.

Abroad, Trump is rough with his allies, flouts international agreements and does not hesitate to boost his ties with authoritarian governments like that of North Korea's Kim Jong Un. 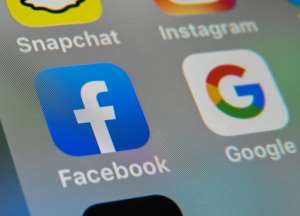 After the decade began with the hope of the Arab Spring, it ends with strongmen back in power in several countries.

On January 14, 2011, Tunisian dictator Zine El Abidine Ben Ali was chased from office by a popular rebellion that was unthinkable only a few weeks before.

The Arab Spring erupted in the Middle East and North Africa.

Libyan leader Moamer Kadhafi was toppled that same year in a NATO-backed uprising.

In Egypt, the protests in Cairo's Tahrir Square spelled the end of Hosni Mubarak's reign, but the country ended the decade in the iron grip of general turned President Abdel Fattah al-Sisi.

The fate of millions of people would be changed in Syria. A protest movement against the ruling Assad family descended into a bloody crackdown and eventually a brutal civil war. 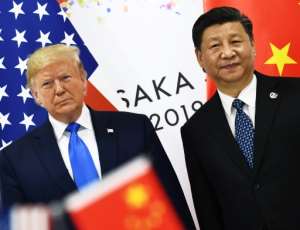 In eight years of conflict since early 2011, more than 370,000 people have been killed and millions have been displaced from their homes. And the conflict has gone global.

Russia intervened on behalf of Bashar al-Assad. Turkey moved to prevent the Kurds from setting up a stronghold on the border.

The West built a coalition to defeat the "caliphate" of the Islamic State (IS), an extremist group that profited from the chaos to claim swathes of territory in Syria and Iraq.

The jihadists wrought havoc, and attracted thousands of foreign fighters --mainly from Europe -- to their cause. 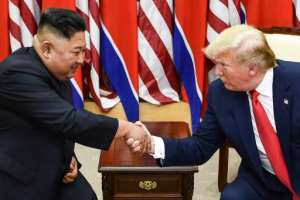 Islamic State leader Abu Bakr al-Baghdadi proclaimed the establishment of the "caliphate" in June 2014, extending from Aleppo in northern Syria to Diyala in Iraq.

The organization would eclipse Al-Qaeda and unleash a new torrent of violence, taking several forms.

It encouraged its followers to commit their own elementary acts of terror, rather than stage elaborate operations like the September 11 attacks.

On November 13, 2015, a Belgium-based cell run from Syria descended on Paris, killing 130 people in bombings and shootings at a concert hall, bars, restaurants, and the Stade de France sports stadium.

At the Bataclan, a fabled Paris concert venue, 90 people died at a show by American group Eagles of Death Metal. 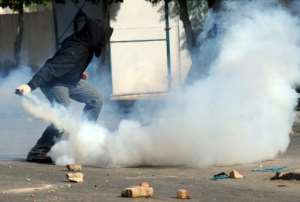 France, Belgium, Denmark and Britain all fell victim to jihadist attacks in the course of the decade. The movement swept through Africa's vast Sahel region, and parts of Asia.

But the United States, their Kurdish allies and European nations together seized back the IS "caliphate" -- which was declared eliminated in March this year.

And Baghdadi was killed in a raid by US special forces -- he died "like a dog," as Trump said on October 27. 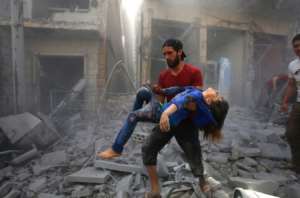 The Syrian conflict resulted in the export of violence, but also in an immense human tragedy on Europe's doorstep, as millions left their homes in search of security and a better life.

They criss-crossed Europe in giant processions, ending up in whichever country would welcome them with open arms.

Chancellor Angela Merkel's Germany thought it could absorb the influx of refugees.

"If Europe fails on the question of refugees, if this close link with universal civil rights is broken, then it won't be the Europe we wished for," she said on August 31, 2015.

Hundreds of thousands of Syrians would end up in Germany.

But the pressure mounted in countries straining under the weight of the constant arrivals of people in dire straits.

In the north of France, at the port of Calais, migrants crammed into makeshift camps waiting for a chance to cross the English Channel to Britain.

In the Mediterranean, desperate migrants made the journey through north Africa to the sea, using rickety boats and rafts to try to get to Europe. Many did not survive.

In the United States, Trump made the fight against migrants illegally entering the country from Mexico one of his signature political issues. 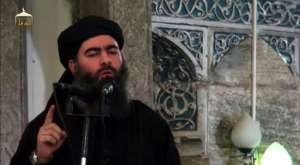 And he asked Congress for billions of dollars to build a wall to help keep them out.

In France, the far-right remained a political force thanks to the Le Pen family, and gathered strength in Germany, where some questioned the soundness of Merkel's open arms.

In Britain, a historic 2016 referendum in which voters opted to leave the European Union promised to change the complexion of the continent.

After a tortuous process, Prime Minister Boris Johnson seems on his way to leading the United Kingdom out of the bloc after an election win, with the blessing of Trump, the first US leader not to back European unity. 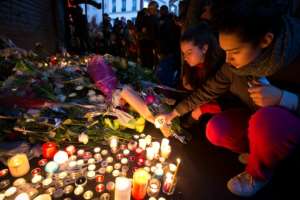 As 2019 comes to an end, one Swedish teenager has rewritten the rules about activism and awakened public consciousness about the fight against climate change.

Millions of young people see themselves in 16-year-old Greta Thunberg, and think their elders have sacrificed the planet on the altar of economic growth and creature comforts.

"How dare you?" the teen said in September at the United Nations, challenging world leaders over their inaction on global warming.

In a decade that began with a major nuclear accident in Japan sparked by an earthquake and deadly tsunami, the world has focused on extreme weather and its ill effects.

We are not winning the race to reduce greenhouse gas emissions -- and the temperature is rising.

The international community managed to reach the landmark Paris accord in 2015, but the commitments made were not enough, and the United States is withdrawing from the plan.

Protection of the environment is front and center in many countries. But a simpler question -- how men and women relate to each other -- also took center stage during the 2010s.

The #MeToo movement, which went viral in the wake of a litany of allegations against Hollywood producer Harvey Weinstein, has encouraged women to confront their abusers, and led to the downfall of a number of powerful men.

The question of gender and identity also rose to the fore this decade, with many redefining what it is to be a man or a woman -- or neither.

"They" -- the pronoun preferred by many who identify as non-binary -- was Merriam-Webster's word of the year in 2019.

From schoolkids fighting for the planet, to women calling out their abusers, to citizens pushing for democracy -- or jihadists advocating terror, all had one thing in common: an ever-growing reliance on social media.

2.4 billion is a giant, difficult to grasp number, but it is the number of regular monthly users on Facebook, the world's largest social network. In 2011, that figure was a little more than 500 million.

Technology is radically changing how we live.

Dating, friendship, news, politics, music, banking and shopping are all now handled in cyberspace, and we spend more and more time staring at screens.

Facebook is not the only boldface name in the sector dominated by US firms. Google, Twitter, Amazon, Apple and WhatsApp are some of the other brands that have transformed our lives.

They are making billions of dollars -- and sparking their share of controversies.

They facilitate free speech, but the risk of harassment -- or worse -- is real.

They are making content more accessible to more people, but artists and news outlets are not always being paid for their work.

And in the end, Facebook was found to have been one of the principal weapons for a Russian campaign to interfere in the US presidential election in 2016.

On the back of skyrocketing growth, China became the world's number two economy in 2010, surpassing Japan and only trailing the United States.

The world's workshop has brandished its military ambitions and is positioning itself as a strategic rival to Washington.

In the middle of the decade, China staked a claim in the technology sector, working to become a world leader in robotics, information tech and clean energy.

Beijing is trying to change gears -- it no longer is satisfied with being home to the factories that produce the world's consumer goods.

America has sensed that its supremacy could be contested. And under Trump, that concern erupted in the open.

The Republican leader launched a trade war with China, accusing it of rampant intellectual property theft.

He has unleashed stiff tariffs on Chinese goods, but Beijing did not blink.

And even if the two countries just signed a "phase one" trade deal, their arm wrestling is sure to define the next decade.