Sudan free from Bashir but effects of sanctions linger 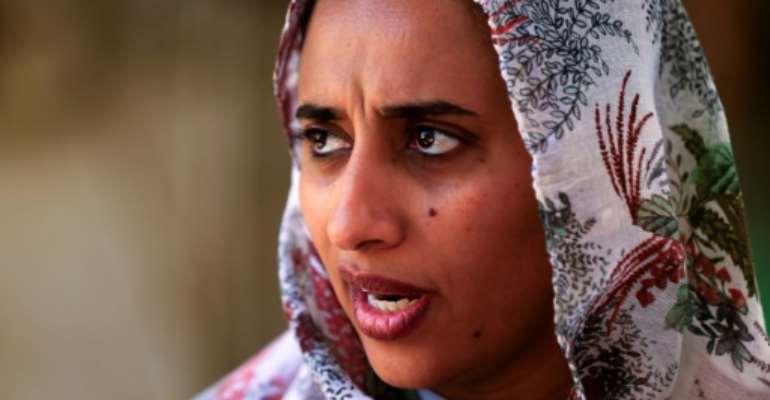 Sarah al-Fateh, general manager at Teital Oil Mills in Sudan's capital, says she is unable to import replacement parts due to sanctions. By Ashraf SHAZLY (AFP)

In a cooking oil factory in Khartoum, Sudanese workers hammer at a broken-down machine, as general manager Sarah al-Fateh sighs in frustration.

She is unable to import replacement parts for her family's business, she said, because of "American sanctions".

A year after the start of a protest movement that led to the fall of dictator Omar al-Bashir, Sudan is looking for a fresh start -- but its economy is in recession.

For Fateh and other Sudanese entrepreneurs, the lingering effects of US sanctions are a big part of the problem.

In 1997, the United States imposed a trade embargo on Sudan, which hosted Al-Qaeda leader Osama bin Laden between 1992 and 1996.

Fateh says she is still unable to invest in her family's factory. By Ashraf SHAZLY (AFP)

While the embargo was lifted in 2017, Fateh said she is still unable to invest in her family's factory, as Sudan is not part of the global banking system and she is unable to make international money transfers.

This is because Sudan remains on Washington's "state sponsors of terrorism" blacklist -- a major impediment to would-be investors who fear repercussions from the world's largest economy.

Sudan's economic crisis was years in the making, eventually triggering widespread protests that prompted the army to oust Bashir in April after 30 years in power.

The former dictator was sentenced to two years imprisonment for corruption on Saturday, with other cases ongoing.

Sudan is looking for a fresh start -- but its economy is in recession. By Ashraf SHAZLY (AFP)

Beyond ousting Bashir, the protest movement also extracted an agreement from military leaders in August to form a joint civilian and military sovereign council, tasked with overseeing a transition to civilian rule.

With annual inflation hitting 60 percent, according to official figures, and foreign reserves depleted, Hamdok promised reforms but has not yet delivered an economic plan.

Khartoum's challenges are overlapping, according to Clement Deshayes, a Sudan analyst with the Noria research network in Paris.

"The economic crisis is the first challenge to face and it's on this that the government will be judged," he said.

"But the economic crisis will not be fixed until state institutions are reformed... and the country's conflicts resolved."

During a visit to Washington in early December, Hamdok pleaded for Sudan to be removed from the state sponsors of terrorism blacklist.

The withdrawal process is likely to take time however, with Washington seeking assurances that Bashir's regime is being dismantled.

Last month Sudan's new authorities ordered the closure of Bashir's National Congress Party. They have also ordered the dissolution of unions set up under Bashir, considered part of his patronage network.

But to be removed from the blacklist, US lawmakers say, Khartoum must now reach a settlement with families of the victims of the 1998 bombings of the US embassies in Kenya and Tanzania and of the USS Cole in 2000.

US investigators have linked all three Al-Qaeda attacks to Sudan.

Pending removal from the US blacklist, foreign banks will continue to refuse to deal with Sudan for fear of exposure to sanctions, said Sudanese financial expert Osman al-Toum.

The lingering effects of US sanctions meanwhile are far from the only challenge facing Sudan's economy. The former regime "destroyed" industry, Fateh said, making no investments in industry or agriculture.