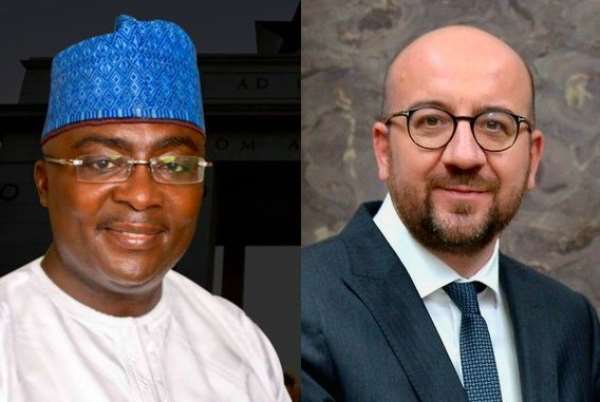 There is a problem in Ghana about what politicians called 'efficiency,' which in the developed world, it is either considered a failure or inefficiency.

However, I don't blame the boasting Ghanaian politicians who claimed to have achieved or accomplished great things in the country while thousands of people are unemployed and facing unprecedented economic hardships.

Decades ago in Ghana, I used to think that I am one of the best Ghanaian drivers since my first driving license was issued in Accra on December 5, 1976, until I failed my driving practicals twice in Belgium. It was then I realized the kind of driving in my country is just suicidal.

I made my mind never to write about the Vice-President of Ghana, Mahamudu Bawumia, the smoothed-face uptown politician who doesn't know what suffering is like, again (credit to Max Romeo) because I have written a series of articles about his boastings.

Unfortunately, he has called me back after it appeared in the ModernGhana news about what Bawumia addressed as 78 Major Achievements since the NPP came to power.

In fact, there is no experienced political analyst in the developed world who will take Bawumia serious because immature politicians that lacked experience do what he does or say what he says.

A few weeks ago, Belgium Prime Minister, Charles Michel, after five years in office, decided not to finish his second term. His decision to step down after five years is to begin a new appointment next year, offered by the European Union.

Following his decision to step down, this is the headlines which appeared in many Belgian newspapers: Charles Michel neemt afscheid: "290.000 nieuwe jobs en tewerkstellingsgraad van 71 procent, onze grootste trots".

This was achieved with 15 ministers because the Belgian ministers are limited to only 15 with the same number of Dutch-speakers and French-speakers.

It's like a story but indeed, the outgoing Belgium Prime Minister created 290,000 jobs within five years. Which Ghanaian leader can achieve that? Why all these boastings when many Ghanaians go to bed on an empty stomach?

When NPP came to power, how many banking institutions collapsed in the country? How many people from Akufo Addo's family have been given appointments, yet lacked experience? How many high Ghanaian officials were involved in corruption scandals, yet the corrupt-inefficient judiciary system set them free?

In October, this year, I couldn’t believe my eyes when an article on ModernGhana news site, entitled ‘There's No More Hardship Under Akufo-Addo,' a statement made by Ken Ofori-Atta, the Finance Minister, caught my attention.

Why must the Finance Minister deliberately say something like that when he is fully aware of the sufferings or problems the common Ghanaians face daily in the country?

Then the following month, November 2019, the Education Minister, Opoku Prempeh, also said: “Not even Nkrumah can match what NPP has done in the educational sector of Ghana."

The Vice-President must compare 78 Major Achievements within four years to 290,000 new jobs created within five years and analyze who deserves applause or reward?

Beside Michael Michel on the podium, Bawumia must admit he is not only a joke but a total failure. Let Ghanaian politics be promising, show care and maturity because the developed world is laughing at you.

Witness confirms Dampare’s involvement in the arrest of Abua...
43 minutes ago