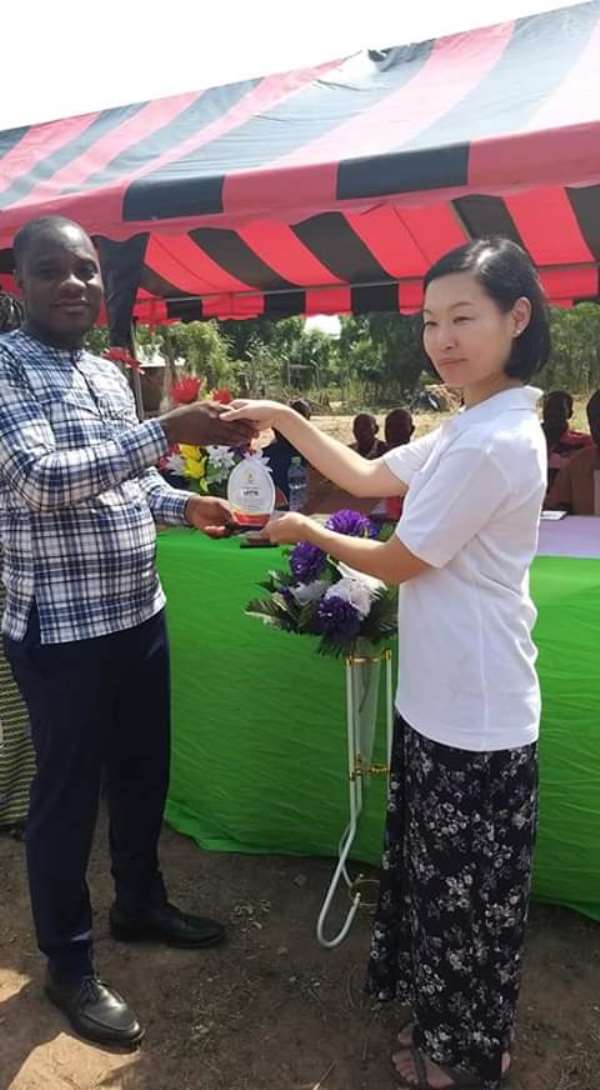 Hyewohoden CHPS compound in the Kwahu East District has benefited from a mechanized borehole to curb the persistent water crisis in the area.

The Project was constructed by JOICFP with support from LOTTE.

Speaking at the ceremony, Hon. Isaac Agyapong indicated that water is the most essential need of the human race for survival and hence the borehole will go a long way to be of benefit to those who use the CHPS compound facility.

Taking into consideration the water crisis in the area, the DCE pleaded with the users to take good care of the facility so that it can meet its lifespan.

The nurses and residents said the borehole will relief them from the struggle they go through to get water where they are sometimes forced to walk for a long distance in search of water.

Nananom of Hyewohoden was very proud and appreciative of their son Hon. Isaac Agyapong for the marvellous works he’s been doing in the District.

August 4 declared public holiday in celebration of Founders ...
24 minutes ago