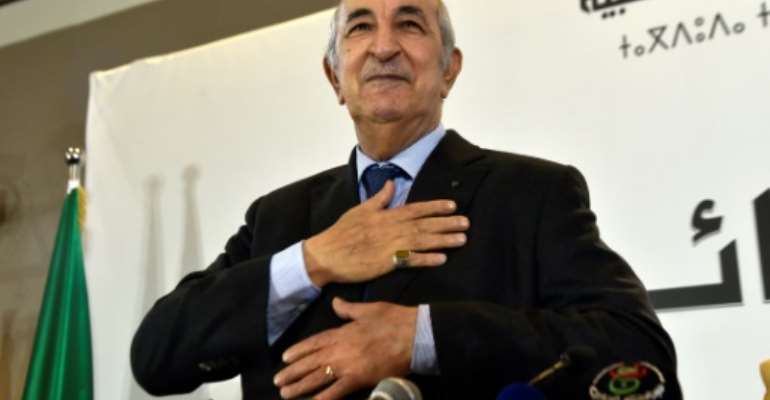 Tebboune, once a prime minister under Abdelaziz Bouteflika -- who resigned under huge pressure from protests in April -- officially won 58.13 percent in Thursday's election.

The figure was little changed from the 58.15 percent in the provisional results, which had already negated any need for a second round.

His nearest challenger, Abdelkader Bengrina, an Islamist, won 17.4 percent of the vote.

The turnout was 39.88 percent, according to the constitutional council, the lowest since the advent of pluralism.

Huge demonstrations have continued since Bouteflika stepped down, with protesters staunchly oppposing the poll, which they saw as a ploy by the establishment to shore up its waning power.

All five candidates approved by authorities to run had links to the former president, including another of his former prime ministers, Ali Benflis.

Maghreb expert and historian Karima Direche told AFP at the weekend she believed turnout may have been less than 20 percent.

Ghanaians suffering due to mismanagement by Akufo-Addo, Bawu...
1 minute ago