France to return Benin artefacts by 2021 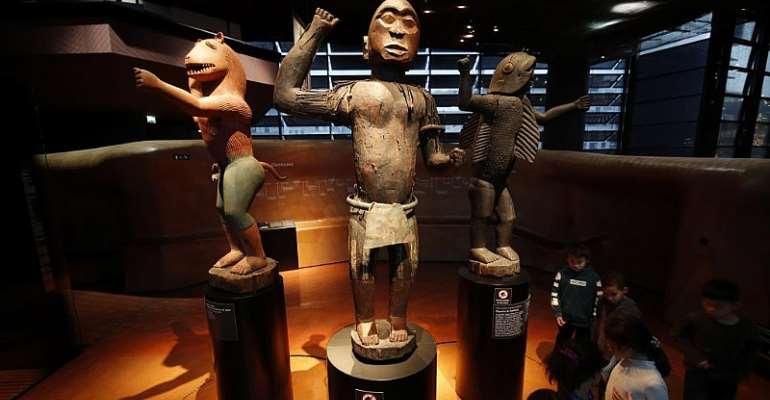 France is to return artworks taken from Benin in 1892 as part of President Emmanuel Macron's pledge to hand back artefacts to its former colonies, Culture minister Franck Riester said on a visit to the West African country.

In 2018, Macron promised to return 26 artefacts to Benin "without delay", in a landmark decision that has piled pressure on other former colonial powers to restore looted artworks to their countries of origin.

The pieces -- including a royal throne -- were seized by French troops over a century ago and have been housed at the Quai Branly museum in Paris.

Riester said the artworks would be returned "in the course of 2020, perhaps at the beginning of 2021" as he met Benin's president Patrice Talon in Cotonou.

Benin has welcomed France's decision to return the objects, but has warned against doing so too quickly as it works to build a proper facility to showcase the heritage.

Benin's culture minister Jean-Michel Abimbola told a joint press conference that the two countries had agreed that the artworks would be handed back "in several stages".

He welcomed the commitment of the French president to return the works and "the opening of a broader discussion" concerning other artefacts.