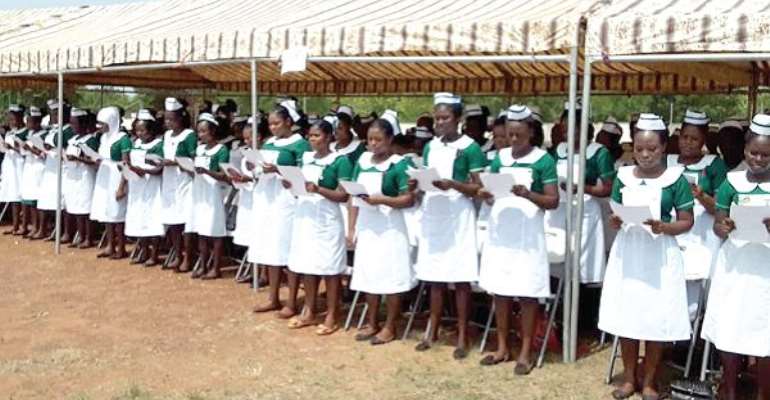 The Commission on Human Rights and Administrative Justice (CHRAJ) has urged the public to report unprofessional acts of health workers for proper investigation and redress.

Mr Nantomah Adam Baani, Northern Regional Anti-corruption Focal Person at CHRAJ, who made the call, said unprofessional acts by health workers could be costly to patients advising them to report such acts at customer service units of the health facilities and or CHRAJ for proper investigations.

He was speaking at a forum at Moshie Zongo, a suburb of Tamale, to educate members of the community on human rights abuses that occurred at health facilities such as negligence, unapproved charges, and payments not receipted amongst others.

It was to empower them to report such acts to the authorities of the hospitals, and or CHRAJ if they involved human rights abuses.

The forum was organised as part of the Fighting Unapproved Charges for Health Services (FUCHASS) project being implemented in the Tamale Metropolis by the Centre for Active Learning and Integrated Development in partnership with League of Youth Association with funding from STAR-Ghana.

This was the fourth community engagement as part of the FUCHASS project, which began last year to draw the attention of hospital authorities to perceptions of citizens on some forms of unapproved fees charged at health facilities in the Metropolis and to create space for them to restore confidence of citizens in accessing quality health service by dealing with corruption at the hospitals.

Members of the community mentioned top up for payment for drugs covered by health insurance, long queues at out-patient departments, payment for blood not used, referring them to particular pharmacies to buy medicines not available at the health facility amongst others as some of the issues they experienced at the hospitals in the metropolis.

Mr Baani said the health sector was an essential sector of the economy adding combating corruption within the sector to ensure that health workers acted professionally would help to deliver quality health care to the people.

Mr Mohammed Inusah, General Secretary of League of Youth Association expressed the readiness of the Association to support patients, who experienced unprofessional acts at health facilities, to report them, and go through the investigations to seek justice.

Mr Inusah said “When health workers know that people now know their rights and they are reporting such issues, that is when we believe that things will be better and such experiences will become things of the past.

Mr Osman Abdul Fasit, one of the residents of the area, was happy about the forum saying it had enlightened them on what to do when they experienced unprofessional acts on the parts of health workers at the hospitals.

He expressed hope that investigations should be expedited when such issues were reported to ensure justice for patients.