Our Judicial Patronage System Was Co-Invented by CPP and NDC 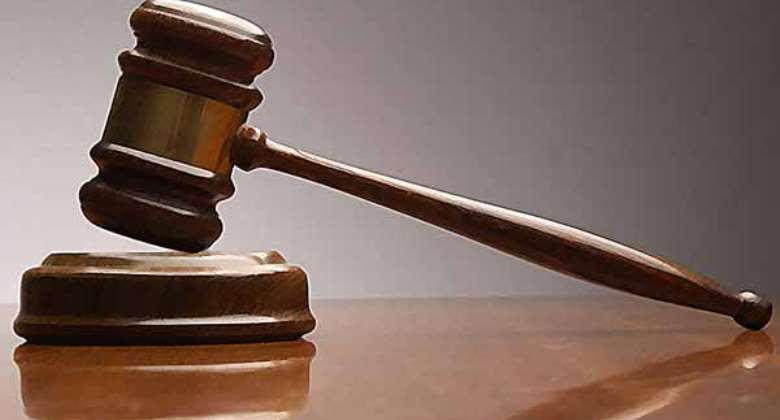 When you cut through the guff and the blubber, as well as the logical incongruities and plain and abject falsehoods, of Nana Yaw Osei’s characteristically desultory article captioned “Appointment of New CJ: When Will Ghana Learn from a Failed Democratic Experiment?” there is a diddly little that warrants any substantive discussion (Modernghana.com 12/15/19). The pity here, however, is that the inescapably sophomoric critic, who has been resident right here in the United States of America for quite a considerable while, now, demonstrates absolutely no instructive appreciation for the functional dynamics of the SCOTUS (or the Supreme Court of the United States).

For example, here in the United States, the post of Chief Justice of the Supreme Court, or the CJ of the SCOTUS, is not based on seniority or temporal duration, or the so-called “time period” – gee, how I resent this pleonastic abuse of language and do not hesitate to tell my students about this great taboo of mine – of any sitting member of this highest court of the land. Rather, who becomes CJ is directly dependent on whom a newly appointed Associate Justice of the United States’ Supreme Court replaces on the apex bench. For the most obvious and striking recent example, it bears recalling the fact that when Mr. John Roberts, the current Chief Justice of the US Supreme Court was named to the latter, he immediately assumed his position on the court as the bona fide Chief Justice of the Supreme Court of the United States of America, primarily by virtue of the fact that Justice Roberts had been appointed to the SCOTUS to immediately replace the recently deceased Chief Justice William Rehnquist; the newly appointed Chief Justice John Roberts had absolutely no experience adjudicating cases from the apex bench at the time, but he had, nonetheless, been appointed primarily to replace the late Chief Justice Rehnquist. I am, however, certain that his prior judicial experience elsewhere had been taken into consideration.

That is how, in a gist, the choice or decision of who becomes Chief Justice of the US Supreme Court is made. One hopes that Nana Yaw Osei had conducted at least a five-minute research on this matter before proceeding to make such a complete school-boyish nuisance of himself, as well as wasting the time of readers like yours truly who have little time to spare. You see, I have admonished this exuberant and shameless anti-Akufo-Addo and anti-New Patriotic Party (NPP) hip-shooting critic innumerable times to check his facts before cavalierly presuming to lecture his epistemic and intellectual betters on such clearly oversized subjects.

As well, here in the United States, as also one presumes the same to be the case in Ghana, judges are appointed to the apex court on the basis of academic and professional merit; but even more significantly, such appointments are often based on their ideological suasion and/or judicial track-record as determined by the presidents on whom such privilege falls or are mandated to effect such appointments. What is equally significant, contrary to what Mr. Osei would have his readers believe, is the fact that many an avid observer of cases regularly brought before the US Supreme Court can often predict how each and every member of the Court is apt to vote, often based on a particular individual jurist’s ideological suasion and judicial or bench-voting record and written decisions.

There are hardly any unpredictables here, except in the most delicate of cases such as abortion rights and, in some rare instances, discrimination against ethnic and cultural and subcultural minorities. So, what is all this bunk about “the burden of gratitude” and partisan patronage or “neo-patrimonialism,” as Nana Yaw Osei puts it? I have since long admonished the latter to, please, concentrate on his graduate studies, or whatever he may be up to or into these days, and leave the heavy-lifting work of realpolitik to those of us who are far more conversant with such obviously epistemically oversized subject matters.

Museveni apologises over son's Twitter rant on Kenya
28 minutes ago

Paramount Chief of Bunkpurugu commends Bawumia for his good ...
37 minutes ago