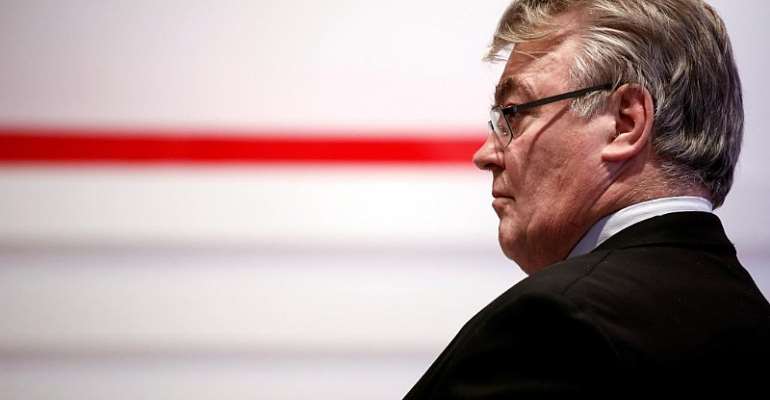 France's pensions commissioner Jean-Paul Delevoye has resigned amid a salary scandal after being targeted by unions leading strike action against President Emmanuel Macron's controversial overhaul of the retirement system.

Delevoye's announcement was confirmed Monday as France entered its 12th day of transport chaos, and a day ahead of the third mass protests against the reform.

The commissioner became the target of unions' ire after admitting over the weekend that he had failed to disclose 13 private sector posts, both paid and unpaid, in a recent asset declaration.

Political mistake
One of his jobs, as president of the Parallaxe education think-tank, paid nearly 5,400 euros a month on top of his ministerial salary -- money he should have forfeited under a 2013 political transparency law.

"Jean-Paul Delevoye made these omissions in good faith, he will now be able to explain himself," an official in the French presidency said, adding that Emmanuel Macron will name a new commissioner "as soon as possible".

Delevoye has said he will pay back the money, totalling more than 120,000 euros since September 2017.

The unions are demanding that Macron drop his plan to forge a single pensions system out of the existing 42 schemes -- arguing that millions would have to delay their retirement to get a full pension.

Macron has expressed his "solidarity" with the millions affected by the strikes but has so far shown no sign of backing down on what he has called "a historic reform".

Transportation chaos
Fresh demonstrations are planned for Tuesday, with several universities including the Sorbonne in Paris said they had cancelled or postponed year-end exams because students would not be able to show up.

A day of road blockades by truckers demanding higher pay added to traffic jams Monday, which reached nearly 630 kilometres (390 miles) in Paris and its suburbs during the morning rush hour -- nearly double the average levels.

Most metro lines in the capital were again closed or operating just a handful of trains, and across France just one in three high-speed TGV trains and one in four regional trains were running.

"Until now I've been working from home or taking my car," a man who gave his name as Francois told AFP at the Saint-Lazare station in Paris, saying he had left home shortly before 5:00 am.

"But the car is no longer an option, because of the cost but also because it's exhausting."

Possible compromise
French officials have said they are willing to negotiate, particularly on a "pivot age" of 64 that would grant rights to a full pension, beyond the official retirement age of 62.

"The government is making a huge mistake in terms of social justice, and a huge political mistake if it persists," said Berger of the CFDT, which nonetheless backs the plan for a single pension system.

He and other union leaders have vowed to maintain the transport strike until the government backs down, a standoff that is compromising holiday travel plans for many.

Rail operator SNCF has already warned that unless the strike ends in a few days, it will not have time to get service back to normal by December 25.

"We're going to try to make miracles happen" for the Christmas holidays that begin on Saturday, the SNCF's Rachel Picard told the Parisien newspaper over the weekend.

"If the government drops its project and we start serious talks on how to improve the system... everything will be fine," Philippe Martinez of the hardline CGT union said Sunday.

"Otherwise, the strikers will decide on what to do on Thursday or Friday."

Witness confirms Dampare’s involvement in the arrest of Abua...
27 minutes ago