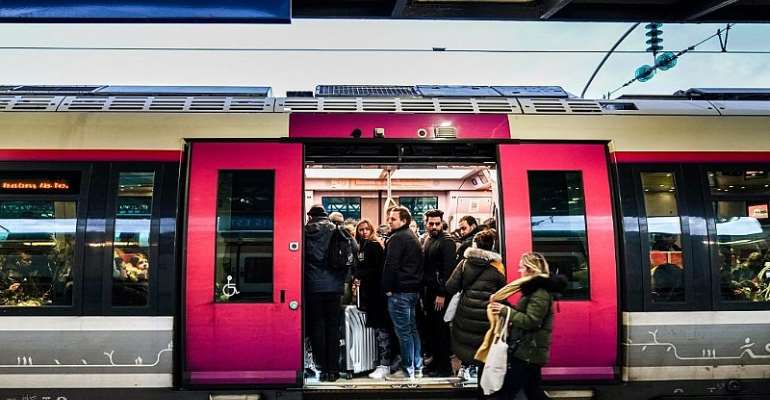 French commuters have embarked upon a twelfth day of transport misery ahead of a third day of mass demonstrations on Tuesday against the government's pensions overhaul. Unions have vowed to maintain strike action, leaving the country in doubt over travel plans for the holiday season.

Mass walkouts are scheduled for Tuesday 17 December with lawyers, teachers, hospital workers and other public sector employees to protest over plans to introduce a single pension system that would do away with 42 separate regimes.

Unions are insisting the government abandon the reforms, which they say will unfairly force millions of people to work longer before retirement.

The government has experessed willingness to negotiate, in particular on a "pivot age" of 64 that would grant rights to a full pension, but says it will not back down from the key project of President Emmanuel Macron's wide-reaching reform drive.

Christmas chaos
"Going on strike is legitimate, but you can also respect events like the year-end festivities," Environment Minister Elisabeth Borne told France 2 television, saying it would be "irresponsible" of union leaders to "ruin vacations".

Some 630 kilometres of traffic jams clogged Paris and its suburbs during the morning rush hour on Monday, nearly double the average levels, as most metro lines were again closed or operating just a handful of trains.

Across France, just one in three high-speed TGV trains and one in four regional trains were running, though most cities were not enduring the chaos seen in the capital.

"Until now I've been working from home or taking my car," a man who gave his name as François told French news agency AFP at the Saint-Lazare station in Paris, saying he had left home at just before 5:00am.

"But the car is no longer an option – partly because of the cost but it's also exhausting."

'Make miracles happen'
Rail operator SNCF has already warned that unless the strike ends in a few days, it will not have time to get service back to normal by 25 December.

"If the government drops its project and we start serious talks on how to improve the system...everything will be fine," Philippe Martinez of the hardline CGT union said Sunday.

"Otherwise, the strikers will decide on what to do on Thursday or Friday."