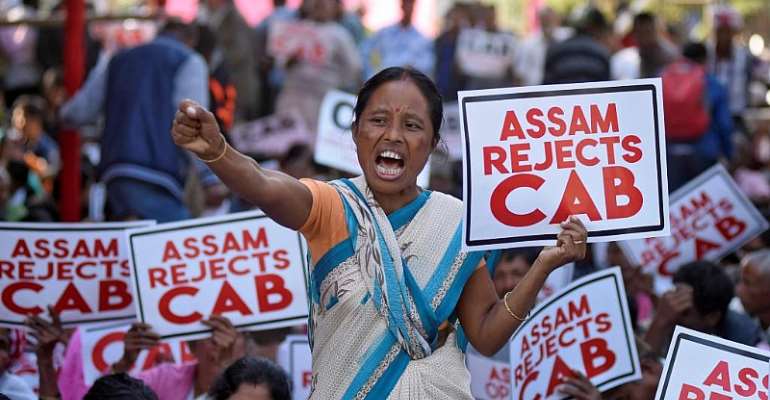 India has been hit by fresh protests amid mounting anger over a controversial citizenship bill that critics say will marginalise Muslims.

Under the law, non-Muslim migrants from three Muslim-majority countries – Afghanistan, Pakistan and Bangladesh – will be entitled to citizenship if they face religious persecution.

On Monday universities across the country resumed demonstrations after six people were earlier killed in Assam, in the northeast, when police clashed with demonstrators.

Fresh protests also broke out in Kolkata, Mumbai, Chennai, Hyderabad and the capital New Delhi, where as many as 100 people were injured.

A huge rally led by Chief Minister Mamata Banerjee and her ruling Trinamool Congress party was being held in West Bengal state.

Some 200 million of India's population of 1.3 billion are Muslims.

Prime Minister Narendra Modi, who says he is not anti-Muslim, insists the citizenship law is "1,000 percent correct".