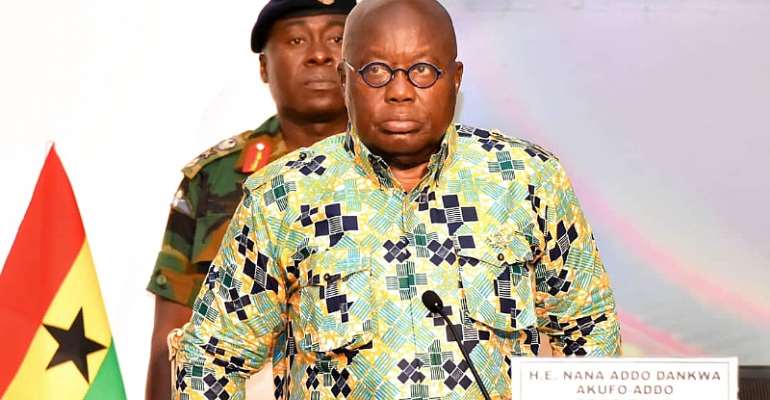 The President of the Republic of Ghana, H.E. Nana Addo Dankwa Akufo-Addo has observed that boosting Intra-African trade and investment is central to achieving the goals and targets of the 2030 Agenda for Sustainable Development Goals (SDGs), in the critical areas of poverty reduction, health, education and environmental sustainability.

Welcoming Ministers to the 10th Meeting of the African Ministers of Trade and 2nd Meeting of African Continental Free Trade Area (AfCFTA) Council of Ministers in Accra, the President called for greater commitment from African leaders to ensure the operationalisation of the Continental Single Market. He was forthright in remarking that “I believe it is extremely important for the welfare of the 1.2 billion people of the Continent that we, the leaders, demonstrate strongest political will possible to make the AU a resounding economic and political success.”

According to the President, available data indicates that trade among African states average 12.8% compared to 68.6% among European countries, 48.6% for North Americans and 53.4% among countries in Asia. This makes intra African trade the lowest among competing trading regions in the world in exception of the Middle East region. The high levels of economic development in the top three trading regions in the world, namely Europe, Asia and North America, is directly related to the high levels level of their intra-regional trade and investment linkages.

He reminded the Ministers that it was not by accident that countries with the largest share of world trade are located within regions with the highest share of intra-regional trade.

He was hopeful the full implementation of the AfCFTA will result in the harnessing of resources to boost trading among constituent member States to enable them enjoy accelerated economic development, including higher levels of income and development of physical infrastructure. In the words of the President “this phenomenon underpins the need for a concerted effort to enhance activities and programs seeking to improve intra-regional trade in Africa”.

The President acknowledged that increasingly, trade has become a fundamental building block for economic development, and if done right, could facilitate the transfer of innovative ideas, shared prosperity, and bridge the widening gap of global inequality.

He was however quick to add that countries can only fully harness the benefits of trade if they mainstream trade into their national strategies for achieving Sustainable Development. This, he asserts, is because trade has cross-cutting effects on the economy and significant linkages to other sectors and therefore, mainstreaming trade policies into development plans enhances coherence in the use of trade as a vehicle for pursuing job creation, poverty reduction and the fulfilment of other SDGs.

He noted the Ministers that the developed world, even if it had the means to provide aid, today, and were, indeed, minded to do so, could not provide the resources needed to propel Africa's development to meet our aspirations. He noted more importantly that, Africans do not want to remain the beggars of the world, dependent on charity despite the wealth of the Continent.

The President reminded African leaders that “all AU Member States started the laudable AfCFTA flagship project of African Union's Agenda 2063 together and therefore imperative to see to its successful implementation for the benefit of the entire Continent. As you are all aware, the AfCFTA has estimated welfare and efficiency gains with a significant expansion of employment opportunities year-on-year especially by Small and Medium Enterprises (SMEs) for Africans. This further buttress the importance of the African Single Market.”

He appealed to all Member States who are yet to ratify the AfCFTA Agreement to do so to enable the Continent to fully harness the gains of a Single Market together. He also urged Member States to put in extra efforts to support the conclusion of all the remaining outstanding implementation issues by the deadlines that were set by the AU Heads of State and Government during the Extra-ordinary Summit which was held in Niamey, Niger in July 2019 for the smooth commencement of trading from 1st July 2019.”

The President concluded by assuring Member States that Ghana is firmly committed to contributing to the successful implementation of the AfCFTA and that the country, under his leadership, will fully fulfill her pledge of providing all the required hard and soft infrastructure as a host country of the AfCFTA Secretariat.

In his opening remarks, the Minister of Trade and Industry, Alan Kyerematen, thanked member states for supporting Ghana's bid to host the AfCFTA Secretariat. He was optimistic that the Single Market was going to be the game changer for the economic transformation of the continent.

He cautioned his colleagues that they had come far and that turning back was not an option. He entreated his colleagues to work together to resolve any outstanding differences that will make it impossible to achieve the free trade area, noting, in his words "don't be haunted by the fear of failure but be inspired by the challenge of success." 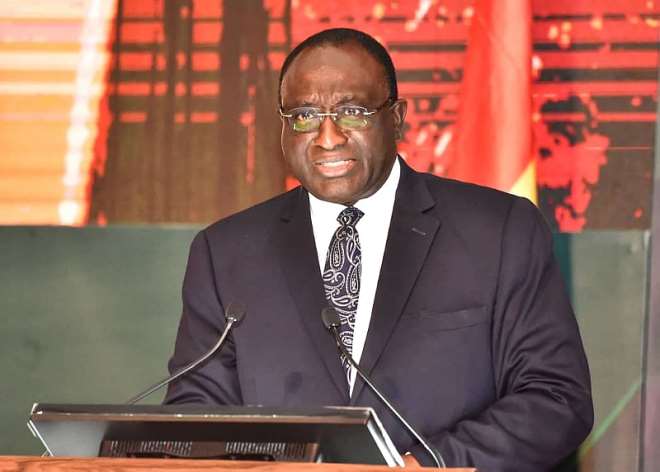 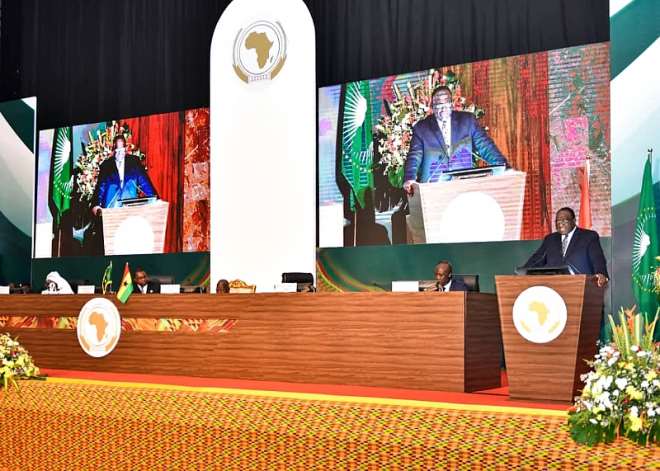 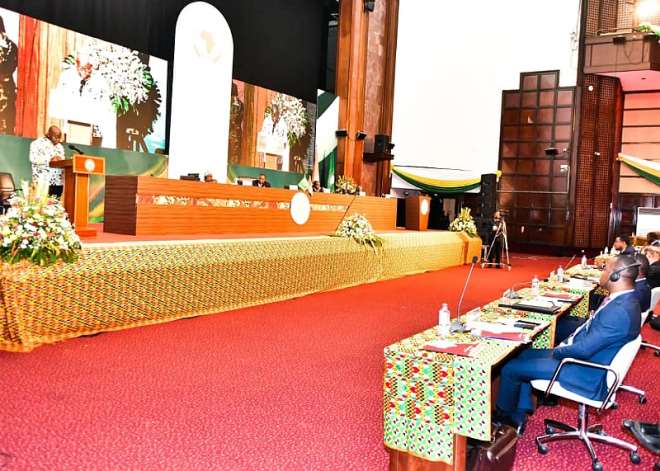 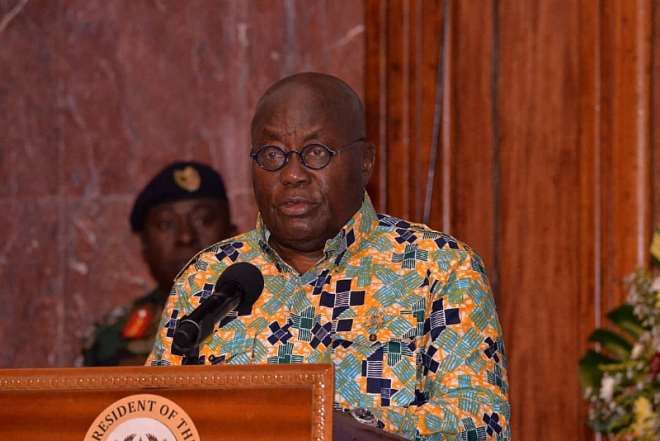 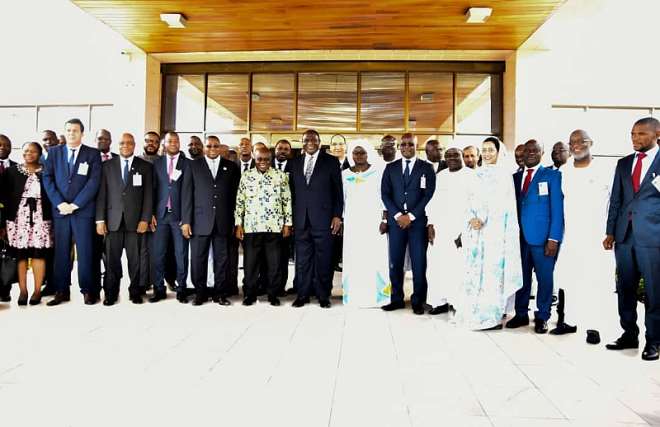 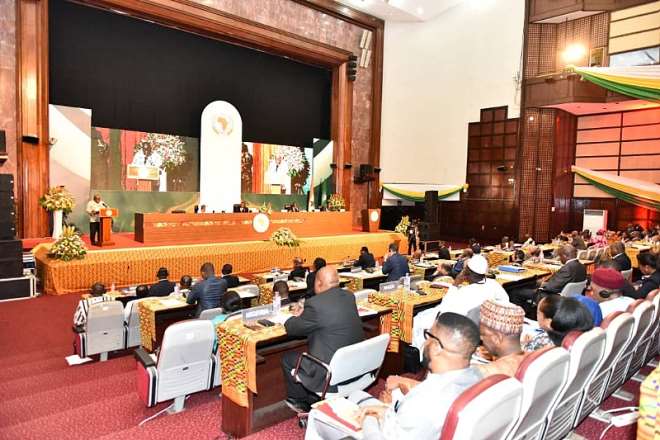 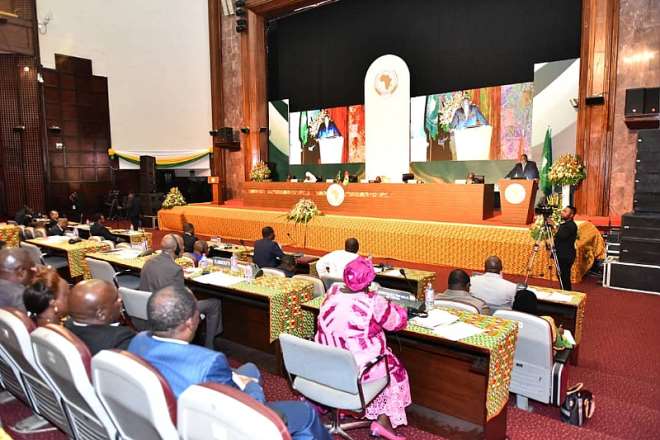 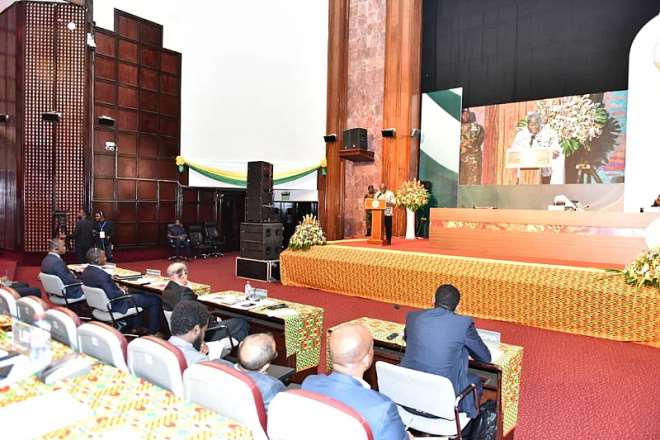 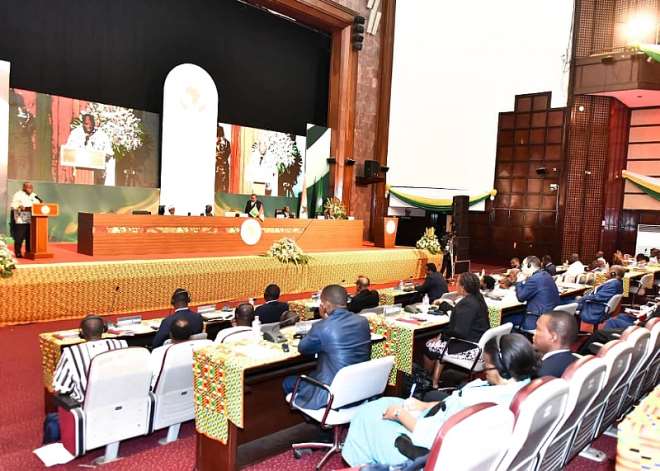 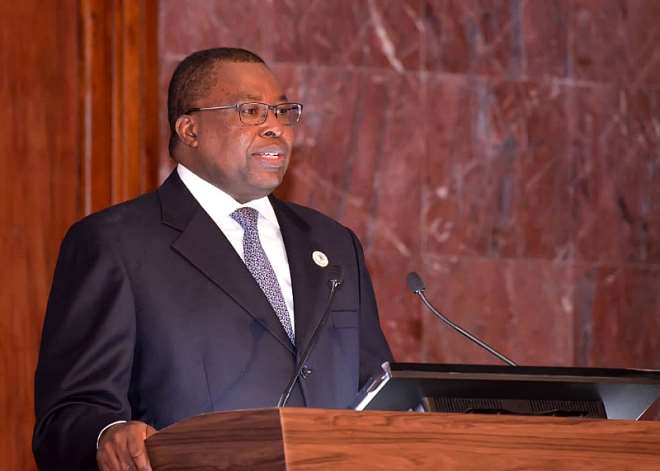 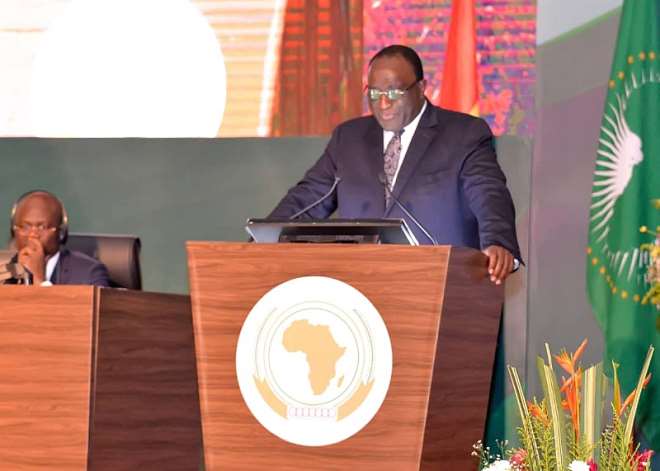 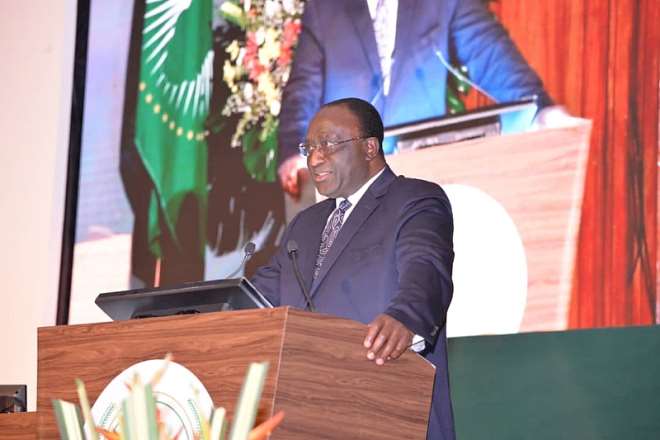 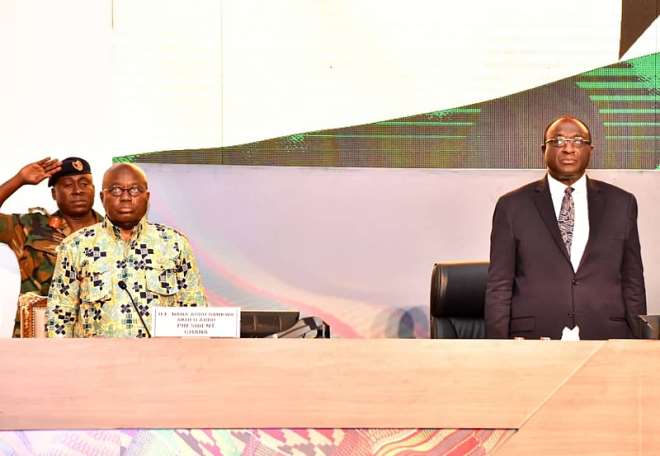