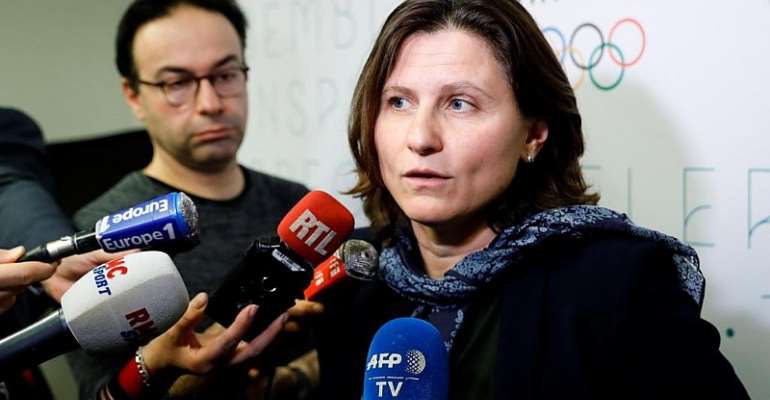 Red Star Football Club bosses have vowed to crackdown on supporters who barracked the French sports minister Roxana Maracineanu during the club's match against Quevilly-Rouen on Friday night.

Maracineanu was escorted away from the Stade Bauer in Saint-Ouen, north-western Paris, after around a dozen supporters started insulting and mocking her over President Emmanuel Macron's plans for pension reforms in France.

Police removed the former Olympic swimmer who was showered with water as she made her escape in a car.

"We will decide what action to take," said Red Star president Patrice Haddad. "It will be fair and firm. We want to talk to the leaders of supporters groups about this unacceptable incident.

"Everyone has the right to their opinions," he added. "But I won't tolerate such physical or political disturbances. They're completely against the values of respect and tolerance that this club makes apparent to the very youngest of its members."

After Maracineanu left the stadium, Red Star completed a 1-0 victory over their opponents to rise to fourth in the National - France's third division.

"There was a kind of collective hysteria which got a bit nasty," said a spokesperson for Maracineanu. "It descended into: 'Macron, resign' and police decided to take her away from the stadium."

France is into the second week of national disruption as transport, education and medical unions protest over planned changes to retirement benefits.