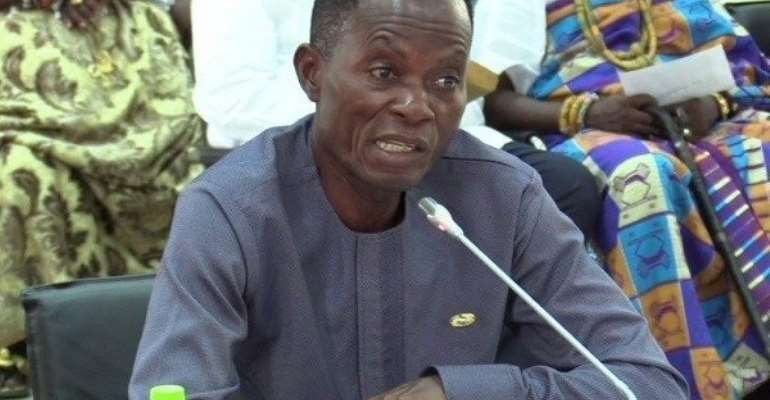 The Deputy Volta Regional Minister, Mr Johnson Avuletey, has urged drivers and road users to adhere to basic road safety signs to reduce the occurrence of road accidents during the festive season.

He made the submission during a three-day workshop organised by the National Road Safety Authority (NRSA), the Driver and Vehicle Licensing Authority (DVLA), the Motor Transport and Traffic Directorate (MTTD) of the Ghana Police Service and the Association of Drivers Union to retrain drivers.

The workshop was aimed at retraining 300 drivers in the Volta and Oti Region under the auspices of the Volta Regional Coordinating Council (VRCC), Ho.

Mr Avuletey urged all stakeholders, including the NRSA and the MTTD to work on the behavioural change of drivers to reduce road accidents during and after the Christmas season.

He said the government viewed the training workshop as a very crucial exercise due to the rise in road accidents.

“The government sees this training as a very crucial exercise that will lead to positive behaviour changes in all categories that will help reduce road traffic accidents in the country”, Mr Avuletey said.

The Municipal Chief Executive (MCE) for Ho, Mr Prosper Pi-Bansah, encouraged drivers to check their vehicles before putting them on the road and also endeavour not to drink and drive.

“As car owners, we must check our vehicles and make sure they are roadworthy before we put them on the road”, he added.

He said the number of accidents recorded during and after Christmas was very alarming hence the government’s initiative to train drivers on road safety measures.

Accidents
The Volta Regional Director of NRSA, Mr Kwasi Tsibu Yirenkyi, said many of the car crashes that occurred on the roads every day were as a result of change in attitude of drivers hence the need for the training workshop.

“Unfortunately, we did an analysis covering four years and we realised that almost every day, two people died of road accidents in the Volta Region, leaving seven injured as a result”, he added

The CEO of the Road Safety Enforcement Foundation and Chief of Ave-Atanve, Torgbui Hodzi Dunyo IV, advised drivers to obey road safety rules to avoid accident on the roads because “the lives of many people are in your hands”.

He cautioned all drivers who ‘drink and drive’ to desist from that attitude as “it will only lead to accidents on our roads and lives will be lost”.

Okada
Mr Avuletey said the expansion of the motorcycle business, popularly known as “Okada,” was a major concern to the country.

He urged the MTTD to reinforce the use of helmets by motor riders and their passengers to avoid accidents on the roads.

“Some accidents on our roads are avoidable but negligence on the part of motor riders, drivers and road users accelerate those accidents”, he said.

He urged the NRSA, the media and other stakeholders to educate drivers, motor riders and road users to prevent accident on the roads.

“The VRCC will continue to support in diverse ways to reduce traffic accidents”, he added.

The Volta Regional Commander, MTTD, Chief Superintendent Victor Oduro Abrokwa, said the reason road accidents had been rampant was that the punishment for drivers who violated road regulations was not punitive.

“Taking the drivers to court and charging them GH¢ 300 is not punitive, I think their licenses should be seized and made not to drive for a period”, he said.