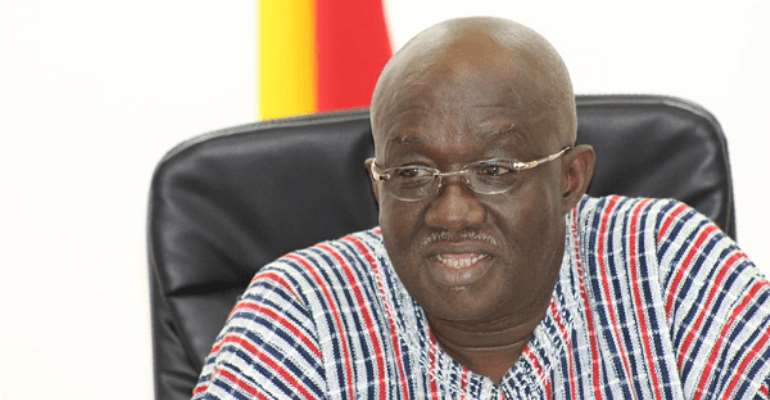 The Minister of Aviation, Mr Joseph Kofi Adda, has halted the sale of about seven acres earmarked for a Green Park at the Kotoka International Airport to private developers.

The management of the Ghana Airports Company Limited (GACL) was concluding a $40-million sale agreement over the parcel of land to developers for the construction of offices and hotels, the same way the Airport City project was executed.

In 1999, prime airport lands were sold for the construction of the Airport City, where an acre of land was sold to private developers for 45 years, with an option for five more years, at $200,000, with no royalties tied to it.

Alternative use
After directing that the process be halted, Mr Adda impressed upon the management of the GACL to find innovative ways to generate sustainable non-aeronautical revenue to support its operations.

The land is from the Airport Roundabout, opposite the Customs Laboratory, to the Hajj Village, near the Polo Heights Roundabout.

The Aviation Minister directed that the use of the said parcel of land be skewed towards the creation of eco-friendly multipurpose facilities that would generate regular revenue for the GACL, which would also guarantee a 100 per cent state ownership.

That, Mr Adda said, even followed the recommendations of the International Civil Aviation Organisation (ICAO) and the International Air Transport Association (IATA) which focused on growing the sector in a sustainable manner by encouraging the construction of eco-friendly on-ground infrastructure.

IATA figures
IATA data shows that in 2016, civil aviation, as a whole, emitted around 814 million tonnes of carbon dioxide (CO2).

Airports are, therefore, going green in response to the increasing pressure on the industry’s environmental footprints.

For instance, not only is Singapore’s Changi Airport one of the world’s best airports; it also has a pedigree for being environmentally conscious. Its two most recent terminal additions are designed to highlight the airport’s commitment to green principles.

The airport’s recently opened Terminal 4 features a green wall bedecked with more than 20,000 plant species, which is said to reduce the airport’s surrounding temperature and improve air quality.

The Incheon Airport in South Korea has been selected as the best airport in the world by the Airports Council International for its green-consciousness in and around the airport for the past eight years. The airport has multiple outdoor features, including waterfalls, streams, aviaries and acres of large gardens, one of which is a Western-inspired sculpture garden. It has a large eco-friendly shopping district and a dining plaza.

Mr Adda, therefore, proposed the conversion of the area into an eco-friendly recreation area with various facilities to generate revenue for the GACL, while maintaining about 60 per cent of the greens on the stretch and further foresting the area.

Ghana demand
Over the next 20 years, IATA data shows that demand for air transport in Ghana is expected to grow annually by 6.1 per cent, which translates to an additional six million passenger journeys per year.

Given that 20-year projection, the aviation minister said replacing the eco-friendly, sustainable yet profitable project for the concrete and creation of hundreds of unoccupied office and apartment spaces would help reduce current and future carbon footprint, while beautifying and generating revenue for the state-owned company.