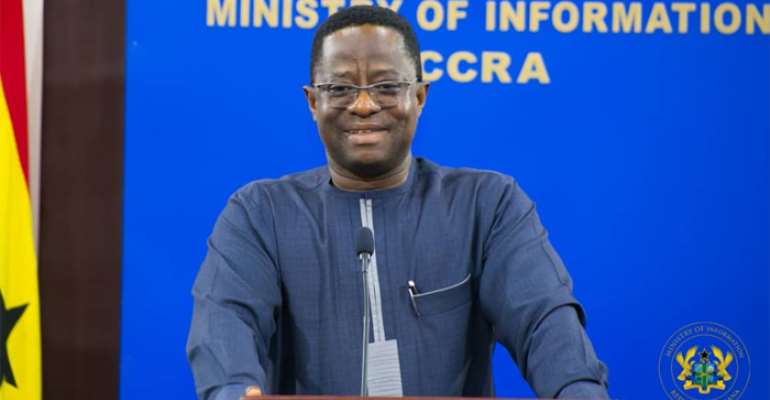 Sources at the Ministry of Energy have raised serious concerns regarding the World Bank’s ‘attempts’ to delay the approval of a $500 million loan in order to force the government of Ghana into buying $5 billion worth of expensive gas from the Sankofa gas field.

That, according to DGN Online’s sources, is due to the World Bank being a major financing partner of the ENI operated Sankofa gas field having provided more than $1bn in commercial loans to the project.

It is also at the same time acting as an advisor to the government on the issues of gas, a clear conflict of interest.

According to our sources, the World Bank's primary objective is to recover its loans and interests to ENI and Vitol.

This places it in a conflict of interest situation in discussions on gas and positions the bank on the side of the foreign oil companies against the government which is trying to renegotiate and reduce the costs associated with the project.

Background
It would be recalled that in 2015, the NPP government when in opposition along with a number of prominent civil society groups such as Imani and ACEP raised concerns regarding the financial viability Sankofa project:

High price of gas
Ministry sources indicate that the delivered price of ENI gas to Tema could be as high as $14.5/MMBtu or $87/bbl.

The original $9.8MMbtu contract price has been increased by US inflation and US gas prices, when transportation costs are added the price is nearly 100% higher than the PURC price paid to power producers and more than 50% higher than the alternative sources of gas LNG and Nigerian gas via WAGPI.

Excessive profits. The 20% rate of return approved under the previous government negotiation team led by former GNPC CEO Alex Mould is nearly double the figure achieved by the owners of the TEN field.

Now in government the NPP has created an Energy Sector recovery (ESRP) Task force to renegotiate all take or pay agreements including the terms of the Sankofa contract that is crippling the energy sector with expensive gas and costing government more than $45 million per month.

ENI under negotiation pressure from the task force has pushed the world bank to withhold funds from Ghana and support their position. Our sources indicate that the world bank is now forcing government to reduce the volumes of much cheaper sources of gas such as Jubilee, LNG and WAGPI and abandon key cabinet approved projects such as the western region petrochemical hub that rely on this cheap gas.

If government doesn't agree the bank, will withhold $500m of grant funding.

This is similar to the supposed “quid pro quo” tactics that the US government is accused of having used against Ukraine and reinforces President Akufo-Addos recent statement that there is one rule for some countries and another rule for Africans.

Sources also indicate that the Ministry of finance is being asked by the world bank to participate in a marketing campaign designed to “improve the image of the project”. This involves signing agreements that utilise dubious financial techniques in an attempt to present a lower gas price to the public.

The Sankofa partners will continue to receive $14.5/MMBtu for their gas in line with their 20% return, but the “Net price” presented to the public will be manipulated to take into consideration taxes paid and other curious supposed benefits.

This paper understands that the ESRP task force is now in charge of all energy related matters and has become a de-facto Energy Ministry under the control of the deputy minister of finance Charles Adu-Boahen.

The ESRP has attempted over several months to renegotiate the volume of gas delivered under the problematic Sankofa agreement, employing a number of high profile foreign legal firms and consultants to assist in its efforts.

The objective being to reduce the volumes in the near term whilst offering ENI an extension in the future when demand exists from industrial users who can afford the high gas price.

Our source tells us that the ministry of energy's plan is to reduce the Sankofa volumes and bring in cheaper sources of gas from other suppliers such as:

LNG gas in Tema priced at a 60% discount to Sankofa.

NGas from Nigeria in Tema priced at a 50% discount to Sankofa.

We also understand that GNPC and the ESRP have been successful in restructuring many of the other take or pay agreements. For example many power producers have agreed to reduce their take or pay figures in exchange for an extension in their terms.

GNPC with the support of the Ministry of finance and Energy has recently restructured its own LNG agreement with Shell and Rosneft to reduce take or pay to match the task forces volumes as required in the Tema power enclave.

The Sankofa partners however continue to resist any attempts at renegotiation and with the world bank behind them pushing and withholding financing on a “quid pro quo” agenda the position is unlikely to change.