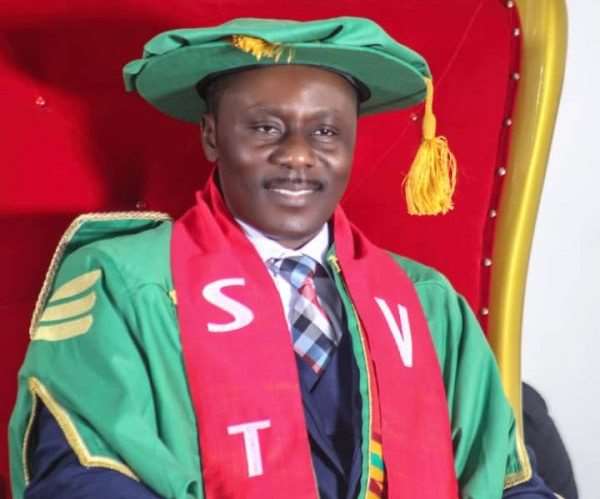 The first Vice-Chancellor of the Sunyani Technical University (STU) in the Bono Region, Professor Ing. Kwadwo Adinkrah-Appiah has been inducted into office.

The induction was conducted by Ing. Dr. Kwame Agyeman Boakye, Chairman of the Governing Council of the University.

Speaking at the ceremony, Professor Ing. Kwadwo Adinkrah-Appiah paid glowing tribute to the first Rector of the then Sunyani Polytechnic, Professor Kwasi Nsiah- Gyabaah and his successor, the late Professor Thomas Kwadwo Djang-Fordjour for the immense role they played in developing the institution.

Professor Adinkrah-Appiah said a new vision has been set for the University to make it a top-notch Technical University that provides skills-based education.

In line with this, the University has adopted ten key strategies to achieve its objectives.

Professor Adinkrah-Appiah appealed to the Sunyani Traditional Council to help drive away all encroachers from the University land behind the GETFund Hostel.

He also called for a change of mindset of both staff and students now that the school has changed from a Polytechnic to a University. 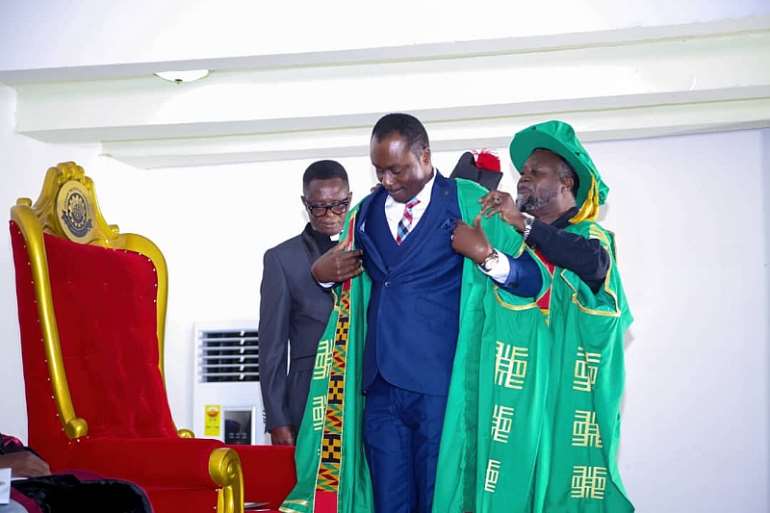 On his part, the Minister of State in charge of Tertiary Education, Professor Kwesi Yankah noted that Technical Universities ought to be charting a new path of research and innovation distinct from other universities.

“The redefined mandate has been to provide higher education in engineering, science, technology-based disciplines, technical and vocational education and training, applied arts and related disciplines as stated in the Technical Universities Act, 2016 Act 992 passed by the Parliament of the Republic of Ghana.”

Professor Yankah noted that the strategy of the Nana Akufo-Addo Government is to expand technical and vocational opportunities at both secondary and tertiary levels and thereby strengthen the linkages between education and industry.

Professor Yankah admonished Technical Universities to take advantage of the first batch of graduates from the Free SHS Policy who would come out next year to populate the Universities.

He also urged the new Vice-Chancellor to build a solid foundation that will determine the future and the direction of the University.

“Let your name be written in gold as the foundation Vice-Chancellor, whose vision carved a niche and led to the blossoming of local content. Show the way and get the staff to follow in the forward march of the University.”

“It is in line with Government's commitment to transforming this sector that the Government of Ghana secured a $ 130 million facility from the Chinese government, through Ghana-Chinese project, for the upgrade of five technical Universities including the Sunyani Technical University and ten other ten technical institutes across the country.”