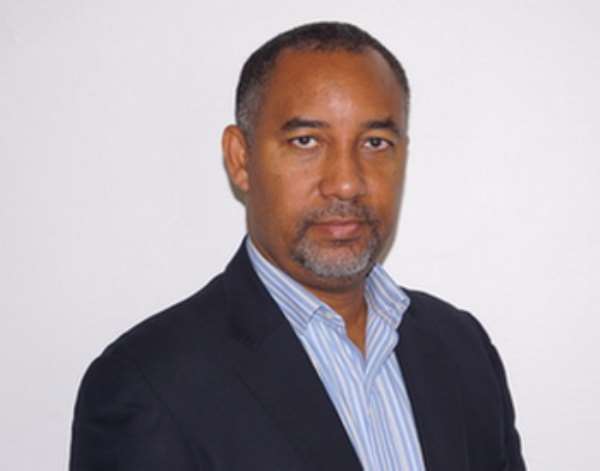 The Karpowership arrived at the Sekondi Naval Base from Tema on August 16th and started running on natural gas from Atuabo on 20th November.

Mr Alex Mould, who was part of the initial arrangement for the Karpowership Purchase Agreement and the fixing of the pricing of the gas from the SGN field explained that, the initial HFO fuel which was being used by Karpowership is almost as cheap as the Eni Ghana Gas it is using now from Aboadzi Ghana Gas station.

President Akufo-Addo, last week turned on the valves of the Karpowership for the use of natural gas from the country's gas fields by the 450-megawatt plant which was brought in to augment power generation for the nation by Former President Mahama.

This follows the relocation of the Karpower barge from Tema to its original location in Sekondi Naval Base, in the Western Region as envisioned by the Mahama-led government and the subsequent conversion of 90% of its engines from being initially dependent on HFO to natural gas, albeit a deviation from the original roadmap due to unnecessary delays, an act which has resulted in losses running into millions of dollars.

According to the Ministry of Energy, this will save a whopping monthly take-or-pay cost of US$40million and projected annual savings of US$480million. It added that, the switch of the Karpowership to natural gas would save electricity users an amount of US$170.5 million per year, and a projected amount of US$1.2 billion over the remaining term of the contract, by way of reduced electricity charges to consumers.

He added that, “The movement of the barge in the first place was not an economic decision but a practical one. The main essence of moving the barge is to fulfill the offtake obligation of the SGN”

In an interview, Mr. Mould, explained situating the barge in Takoradi was an Agreement put in place in 2016 when we agree to change from two 225MW barges to one 450MW barge, and was in line with GNPCs obligation to offtake the Gas as part of the SGN project.

The former GNPC CEO said the prolonged delay in relocating the power barge to the Senkondi power enclave as against the initial arrangement the former administration handed-over to the present President Akuffo Addo government had cost financial losses to the state.

“The whole issue is that GNPC/Ghana Natural Gas Company(GNGC) have not been able to resolve the reverse flow in a timely manner to be able to pump compressed gas to Tema enclave from Aboadzi.

“We currently are pumping less than 60mmSCF to Tema and as such the offtake from the gas fields falls below the 220-280mmSCF we should be lifting:  80 to 110 mmSCF from Atuabo (Jubilee and TEN) and 140 to 170 mmSCF from SGN.

The energy expert said the two 225MW barges that ECG agreed to bring into the country for emergency purposes in the initial agreement with the Karpower owners was supported by GNPC because we wanted the barges to use Gas from the Eni Ghana SGN field to satisfy one of the World Bank's conditions of providing the financial guarantee for the development and production of the SGN field.

“This was captured in Parliamentary discussions as reasons for approving GNPC in 2015 to provide guarantees to Karpower on behalf of ECG” he disclosed.

“However, the Mahama government realized that, it would not be economical to have two barges – one in Tema and one in Takoradi using Gas so it agreed to rather have one barge a 450MW barge and this would be sent to Takoradi,” he said, adding that, this was agreed with the World Bank in 2016 and I even went to inspect the construction site in 2016″

“When the barge arrived, the gas logistics (pipeline and grid connection) was not ready so it was agreed that the barge would be situated in Tema till GRIDCo and Ghana Gas got their ACT together – they needed funding which GNPC was prepared to offer assistance since it was the gas aggregator and for that matter the biggest benefactor if the Karpower ship is to use the natural gas.

“Unfortunately, some challenges occurred between GNPC and Ghana Gas in 2017 and 2018 which delayed funding of the relocation project.

Mr Mould said this caused the delay in the relocation timeline thereby leading to less gas off-taking from Ghana Gas station at Aboadzi which had to result in flaring of gas.   “This had an economic and environmental impact on the economy.”