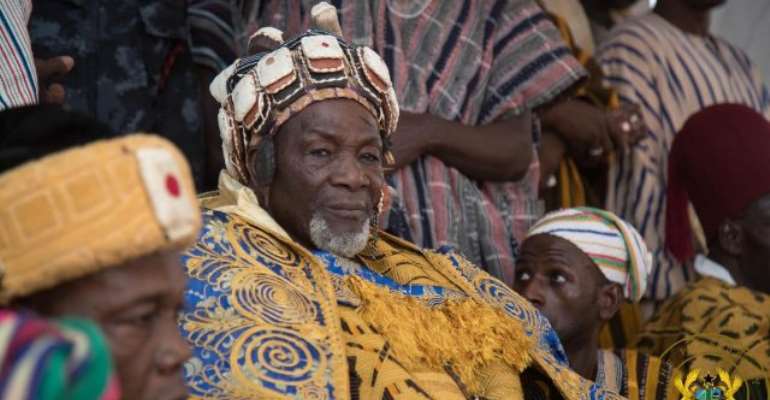 Yaa-Naa Abubakari Mahama II says replacing the Council of State with the proposed upper chamber will be good for Ghana's democracy.

The Overlord of Dagbon Traditional Area, Yaa-Naa Abubakari Mahama ll, has proposed the establishment of an upper chamber to replace the Council of State.

He stated that the chamber should be made up of eminent chiefs and distinguished Ghanaians with the power to consider certain bills before they are sent to Parliament.

“It is high time Ghana amended its constitution to replace the present Council of State with Senate or Upper House…composed of prominent chiefs, distinguished Ghanaian men and women with the power to consider certain bills before Parliament,” he suggested.

Yaa-Naa Abubakari Mahama was speaking at the grand durbar of chiefs and people of Okyeman on in the Eastern Region Saturday, to climax the 20th-anniversary celebrations of the Okyenhene, Osagyefo Amoatia Ofori Panin.

But the Dagbon Overlord who was the Special Guest of Honour for the occasion said, the proposed chamber will also see to the appointments of key positions such as Auditor-General, Inspector-General of Police, Chairperson and Members of Electoral Commission, Vice Chancellors of State Universities and Executive Secretary of the National Media Commission.

He noted further that the appointment of the heads of these five vital institutions by the President, “has been a source of great disagreements between every ruling government and the opposition.”

“If we transfer the power to appoint the heads of these institutions to the [proposed] Senate, it will be good for our democracy. It is time for Ghana to bring to an end, the prevailing politics of the winner-takes-all,” he advised.

Meanwhile, JoyNews correspondent, Maxwell Kudekor reports that the Okyenhene, Osagyefo Amoatia Ofori Panin in his address stressed on the importance of Chiefs in local governance and development and called for effective collaboration between the two institutions.

He also advised appointees of the government to work hard to ensure the vision of the President is achieved, or risk facing the sack, the reporter added.