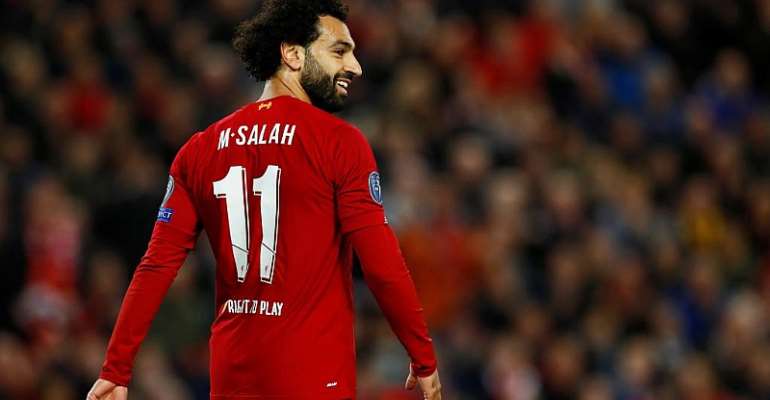 Mo Salah's brace on Saturday masked a patchy Liverpool performance in a 2-0 victory over Watford. The win at Anfield was their 16th in 17 matches of the 2019/2020 Premier League campaign. Jurgen Klopp's men have only dropped two points since the start of the season.

"It was not the prettiest game but I am more than happy with that," Klopp told BT Sport. "At this stage you have to show resilience and I believe we did that.

Klopp, who on Friday signed a contract extension until 2024, added: "Watford had their chances but we scored ours. We could have made the game easier for ourselves but it's intense to be constantly in charge of the game."

Salah scored his first just before the pause after Watford had squandered three good opportunities.

Following a Watford corner, Liverpool broke away down the left. Sadio Mané fed Salah who cut inside onto his right foot to bend the ball into the far corner of the goal.

Precision
Watford should have levelled shortly afterwards but Ismaila Sarr failed to connect with the ball as the Liverpool goalkeeper Alisson Becker lay grounded after parrying Gerard Deulofeu's cross.

Sarr fluffed again at the start of the second-half. He blasted straight at Alisson with Troy Deeney pleading for a cross.

Salah wrapped up the game in stoppage time when he flicked home Divock Origi's mishit shot.

Liverpool's latest triumph allowed them to extend their lead at the top to 11 points. However the advantage will be reduced to eight points if Leicester City overcome Norwich City on Saturday night.

With that plump cushion, the pacesetters will leave Premier League skirmishes aside for at least a week when they travel as European champions to the Qatari capital Doha for the Fifa Club World Cup.

The Merseysiders, who claimed the Uefa Champions League in June, enter the competition at the semi-final on 18 December stage where they will play the Concacaf champions Monterrey or the Qatari champions Al-Sadd Sports Club.

Flamengo, the holders of South America's Copa Libertadores, will take on the Asian champions Al Hilal or Esperance who claimed the African Champions League.