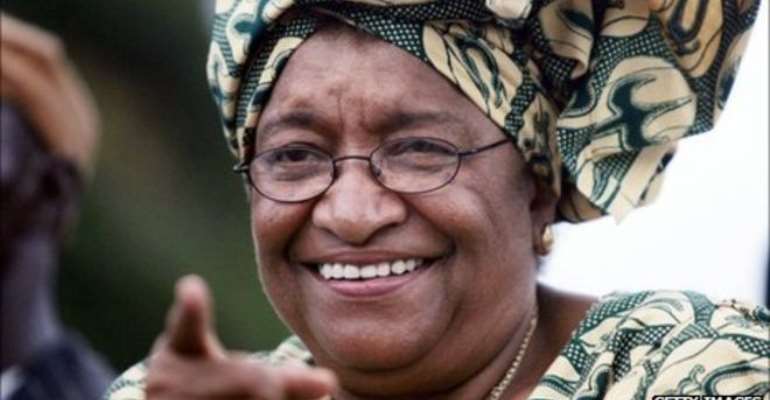 Like women in other nations across the continent, many of the Liberian women in the Camp Liberia refugee settlement, at Gomoa Buduburam, in Ghana's Central Region, have defied great odds, to bootstrap their way out of the poverty trap, themselves, with very little outside assistance.

My dear friend, the beautiful and enterprising Hajia Tenneh Kamara, who has a provisions shop (that operates 24/7 all year round, bang opposite the entrance to the St.Gregory Catholic Hospital), in Camp Liberia, is a typical example of Camp Liberia's hardworking Liberian refugee womenfolk.

Yet, amazingly, the vast majority of the Liberian women who fled their country to seek refuge in Ghana, never actually ever received any kind of post traumatic stress disorder counselling when they left war-torn Liberia (then in the throes of a brutal civil war), to Ghana, to escape the barbarity of drug-crazed child-soldiers, who were often the most deadly troops in that war-of-infamy.

The former Liberian leader, the Noble Peace Laureate, President Ellen Johnson-Sirleaf, who presided over a relatively peaceful post civil war period, during her 8-year tenure, is visiting Ghana as the guest of honour, at the annual exhibition held by the Christo Asafo Church, founded by Apostle Kojo Safo Kantanka, at their Gomoa Mpotem headquarters town.

The question is: What deal could, and, should, former President Ellen Johnson-Seirleif, strike, with Apostle Safo Kantanka, to enable Camp Liberia's younger generations, especially its females, who were born in Ghana, and whose parents and guardians have opted to be integrated into Ghanaian society, to receive free training, and benefit, from the Christo Asafo Church's many apprenticeship schemes, and technical training courses, available at its headquarters' town of Gomoa Mpotem's Church-owned educational institutions?