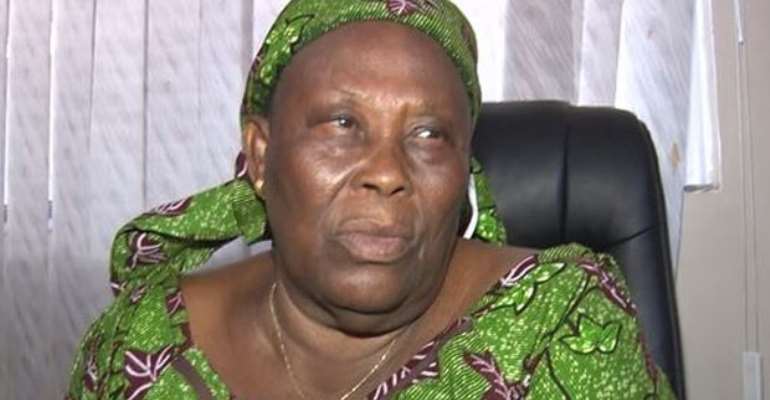 A staunch supporter of the ruling New Patriotic Party (NPP), Hajia Fati, has filed an appeal against the ruling of an Accra High Court which fined her for her assault on Adom FM reporter, Akosua Sakyiwaa.

According to a notice of appeal filed by her lawyer, Nana Obiri Boahen, the entire process or procedure that led to the judgment of the Human Rights Court was “heavily flawed and same led to the breach of the natural justice rule which resulted in substantial miscarriage of justice of the appellant.”

The notice of appeal also indicates that there was an apparent error on the face of the records of proceedings, as well as serious procedural irregularities which it claims resulted in substantial miscarriage of justice.

Hajia Fati allegedly assaulted the reporter at NPP headquarters in Accra last year when she attempted to take a photo of her.

This was after the vociferous NPP supporter was said to have earlier prevented Sammy Crabbe, a suspended Vice Chairman of the party, from picking up forms to contest the party's chairmanship position.

After the incident, Hajia Fati explained that she thought the reporter was a member of Sammy Crabbe's camp who had been sent to take pictures for ulterior motives.

According to her, the reporter looked like an “onion seller”, not a journalist as she had come to learn.

She later apologized for her actions and the NPP openly condemned the alleged attack for which Hajia Fati is facing a criminal trial before the Adjabeng District Court in Accra.

Akosua Sakyiwaa filed a civil suit against the NPP supporter which was running concurrently with the criminal trial.

In delivering its judgment, the court on December 2, 2019 said Haji Fati violated the fundamental human rights of the reporter to free expression in the exercise of her profession as a journalist.

The court awarded a total of GH¢9000 against her, with GH¢2000 being punitive damages for her reprehensible conduct.

According to the court, her action is a threat to media freedom which ought to be punished to serve as an example to others who may be minded to interfere with media right and freedoms.

Not satisfied with the decision of the court, Hajia Fati through her lawyer has filed a notice of appeal challenging the finding and the verdict of the case.

According to the appeal, the decision of the trial court was against the weight of both documentary and oral evidence adduced or submitted in court.

It also avers that the entire process was filled with errors as Hajia Fati was not given the opportunity to present her side of the case orally.

It also adds that Akosua Sakyiwaa failed to prove the special damages in court by “failing to provide corroborative evidence in support of her case.”