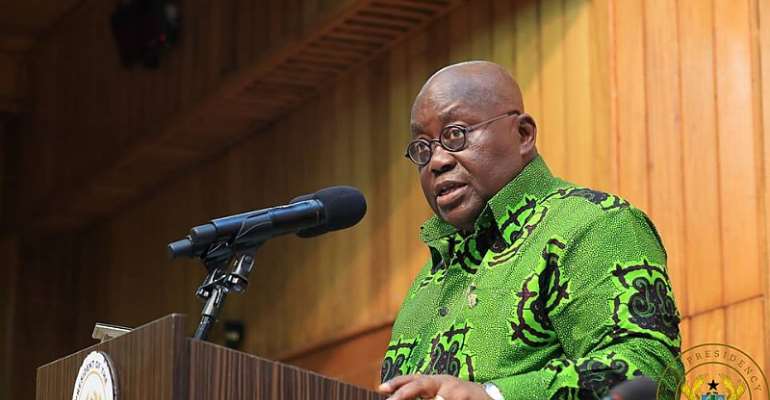 President Akufo-Addo has acknowledged the delay in the trial of 25 persons in the previous administration for various acts of malfeasance, financial impropriety and corrupt acts.

He, however, pointed out that it was extremely important that prosecutions were done within the context of due process.

He said although the process was delaying, it was not as if nothing was happening.

Media encounter
“The thing about due process is that it is only when you are in trouble that you appreciate it,” President Akufo-Addo said at a media encounter yesterday at the Jubilee House in Accra.

“So as far as prosecutions of the past government officials are concerned, a lot is already happening,” he stated.

“There are 25 persons involved in the last administration who are on trial for various acts of malfeasance, financial impropriety and corrupt acts as we speak, and the amount of money involved collectively is about $130 million and GH¢287 million, all together moving into billions of cedis,” he stated, adding that: “There have been a lot of applications filed but we want to do it within the context of due process. For me, it’s extremely important because that is a better process than a summary trial.”

Prior to the commencement of the media briefing, President Akufo-Addo paid tribute to journalists who died this year, including Ahmed Suale and Cyril Acolatse of the Ghana Broadcasting Corporation, in whose honour a minute silence was observed.

Corruption
Touching on allegations against his appointees, President Akufo-Addo said for some people, allegations were enough to convict people; but he noted that allegations had to be investigated by the appropriate state institutions.

Responding to a question on corruption, he said one of the major assignments the government had carried out in the fight against corruption had been to strengthen state institutions.

He mentioned the Commission on Human Rights and Administrative Justice (CHRAJ) and the Office of the Attorney-General which, he said, were accountability institutions and had received a significant amount of money to build their capacities.

“In 2017, we increased their allocations by 25 per cent while we witnessed a 34 per cent increase in 2018 and the same in 2019. So in the three years in office, we have seen 60 to 70 per cent increase to strengthen their capacity,” he added, pointing out that the operational budget of CHRAJ for instance had increased from GH¢16 million in 2016 to over GH¢40 million.

The President gave an assurance that so far as he was in office, he would continue to walk that path, noting that the same applied to the Office of the Auditor-General which he said had also received much support since the government came into power.

He advised against the political colouration of investigations and prosecutions, especially when political actors were involved in acts of corruption.