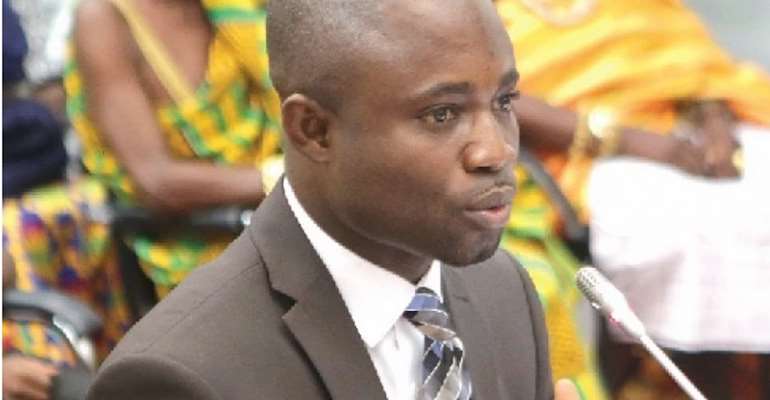 Ranking Member on Parliament’s Health Committee, Kwabena Mintah Akandoh has criticised President Akufo-Addo’s excuse for not distributing ambulances procured by the government for distribution to various constituencies across the country.

He believes that the excuse “does not make sense” especially as many people in the country are dying as a result of the non-availability of ambulances to convey them safely to health facilities for treatment.

President Nana Akufo-Addo while addressing the press at a media encounter at the Jubilee House on Friday said he had instructed the Minister of Special Development Initiatives, Hawa Koomson not to distribute the first batch of the ambulances until the full complement is received.

The President was responding to a question from a journalist on the matter which recently became a topical national issue.

“The Minister for Special Development Initiatives, who has been responsible for bringing them, told me about a month, six weeks ago that some of the ambulances were in; should she distribute them? And I said: 'No, she shouldn't', she should wait till they all come in so one day, we can distribute them all at the same time to all 275 constituencies… I saw myself getting into tremendous amount of issues if I started distributing some and others didn't get it,” Akufo-Addo said.

However Akandoh, who is also the Member of Parliament for Juaboso in the Western Region said the President’s response was dissatisfactory.

“We in the minority were highly dissatisfied with the responses that the president has provided so far. We think that the reasons that he has given so far does not hold water.”

“If he decides to distribute the ambulances today, not all the constituencies will have it today, and so if two or three are available it doesn’t make sense for the president to instruct that those ambulances mustn’t be distributed,” he said on Eyewitness News.

Akandoh said the President’s response was only an excuse to justify the government’s failure to distribute the ambulances, although many Ghanaians continue to lose their lives due to delays in reaching medical facilities for attention.

He added that the government intends to distribute the ambulances only after a “fanfare” ceremony in 2020.

“I think that Mr. President is now looking for reasons to justify the action that a lot of people are unhappy about… You want to organize a jamboree, a fanfare in 2020 [with this], it doesn’t help anybody. I disagree entirely with Mr. President and I believe that the ambulances must be distributed with immediate effect,” he said.

A few weeks ago, pressure group OccupyGhana had described the delay in distributing the ambulances as “gross irresponsibility”.

The Minority in Parliament also accused the government of insensitivity in refusing to distribute the ambulances.

Meanwhile, President Akufo-Addo has said that the ambulances will be commissioned on January 6, 2020 since the remaining ambulances will arrive in the country by the end of December 2019.