There Is Some Good News For Kumasi Roads--Bawumia 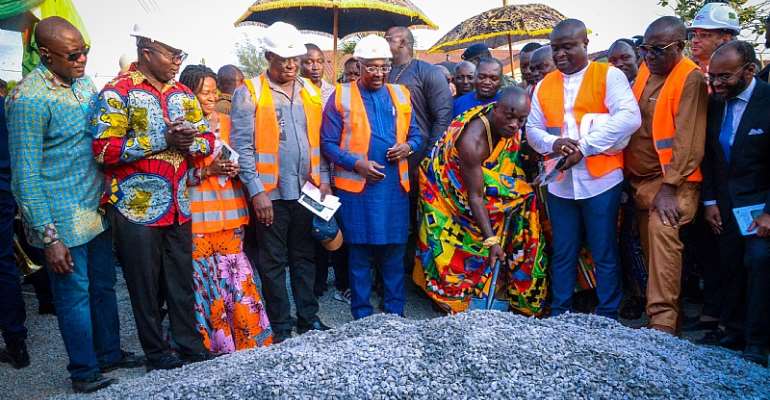 The Vice President, Dr. Mahamudu Bawumia, has cut a sod for work to begin on the First Phase of the Rehabilitation and Auxiliary Infrastructure of Kumasi Inner City Road and Adjacent Streets Project.

Addressing the excited chiefs and people of the Region at Kentenkrono-Nsenie, near Kumasi, on Friday, 13th December 2019 Vice President Bawumia reiterated the Government’s commitment to the provision of infrastructure across the country, including the Ashanti region, saying “we are not going to build Green Book roads. These are real roads.”

“The development of the entire Ashanti region, especially Kumasi and its environs, is very dear to the heart of President Akufo-Addo and his government. Today’s ceremony shows the commitment of the Government to improving the condition of the urban road network in Kumasi and the country at large.”

Other road works undertaken in the region since 2017 include asphalt overlay of 70km of a planned 200km of roads within Kumasi, expected to be completed in 2020; minor upgrading and rehabilitation of 24km of roads completed within Ejisu, Juaben, Ayigya, and Effiduase.

“Various contracts for the rehabilitation and upgrading of roads in Buokrom, Kwadaso, Antoa, Effiduase, and Ejisu are ongoing. Road works are also ongoing in Bekwai and Mampong.

“Procurement for 30km of roads for the facelift of the Obuasi township are ongoing. Under procurement also are minor rehabilitation of selected roads in Ejura, Mampong, Offinso, and Konongo.

“Works on the Obuasi-Anwiankwanta Road is ongoing as well as the Mampong Kofiase Road,” the Vice President stated.

As well, the Kumasi Roads and Drainage Extension Project is 35% complete. Under this project, 2km of Sissai River is being lined and 3.5km of the Lake Road shall be widened to a 2x2 dual carriageway. In addition, a modern transport terminal shall be constructed at Atonsu. It is anticipated that a significant part of the works shall be completed by December 2020.

The region is also expected to benefit under the Sinohydro Project Phase 1.

“Under the Sinohydro Project Phase 1, Kumasi and Mampong shall benefit from 100km of road works. Works are expected to start in early 2020,” he disclosed.

Vice President Bawumia assured that infrastructure, particularly roads, was very dear to the heart of the Akufo-Addo administration.

“The President has declared 2020 as the year of roads and Commencement Certificates to the tune of 6.6 billion cedis have been issued by the Ministry of Finance to the Ministry of Roads and Highways to undertake the rehabilitation of critical roads throughout the country.”

The Minister for Roads and Highways, Hon Kwasi Amoako Atta, hinted of plans to ensure stricter implementation of road construction contracts, to ensure that contractors are held responsible for shoddy works. The government on its part will continually work to provide more roads across the country, he pledged. 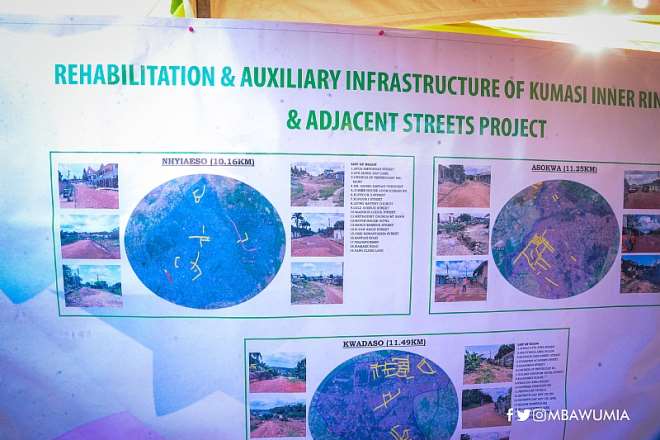 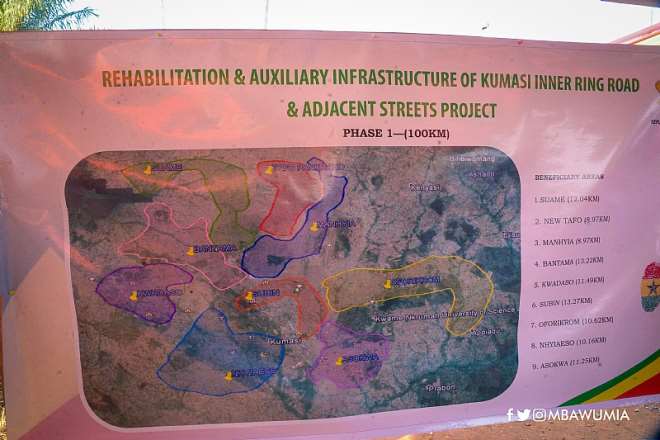