Astel Foundation empowers pupils on safety ahead of Christmas 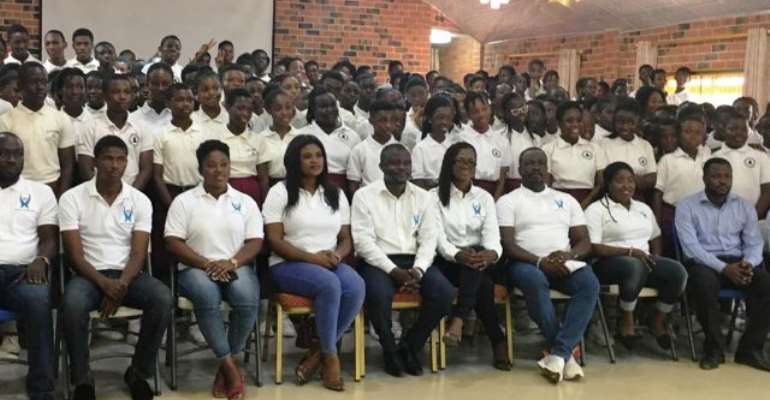 A non-governmental organisation is leading to charge on child safety ahead of the Christmas festivities.

Astel Foundation as part of its mandate, has engaged pupils of Rockies International School in Accra on safety measures against all forms of abuse during the yuletide.

The aim of the advocacy is also to empower parents and caregivers on how to help children avoid the risk of being abducted with danger tips.

The Executive Director of Astell Foundation, Stella Koranteng Asante called on parents and guardians to orient their children and wards on the need for their safety, now that cases of kidnapping are on the rise.

She noted that, parent's worst nightmare can be minimised by properly educating children about stranger-danger.

“When parents play their role very well, the kids will be safe. Parents should also have time limits for their kids when they go out,” Madam Koranteng added.

She also encouraged the children to be bold and be open to their parents, guardians or any elderly person they trust to share their problems

Madam Koranteng said their focus on ensuring safety and wellbeing of children is because they are the future generation.

For his part, the Programmes Director of Astel Foundation, Aaron Lawson said they are hoping to roll out the child education campaign nationwide.

He underscored the need for parents to make the security of their children their topmost priority to avoid any unfortunate incident.

Mr. Lawson appealed for more support to enable the foundation to increase its awareness on child safety across the country.