We Don’t Know When CPP Will Come Back To Power – Dr. Lawrence Tetteh 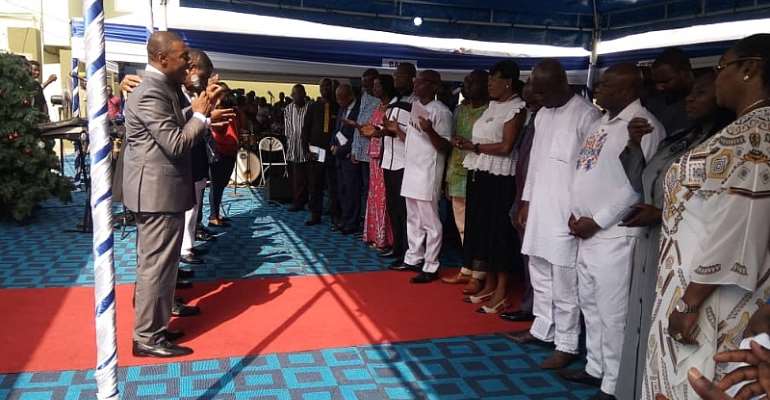 The Founding President of the Worldwide Miracle Outreach, Dr. Lawrence Tetteh, has expressed doubt about the possibility of Convention People’s Party (CPP) coming back to power.

He said the CPP, the party of Ghana’s first democratically elected President, Dr. Kwame Nkrumah, has done its bit in terms of ruling Ghana and that Ghanaians do not know for certain when it will ever win power again.

He made the remarks as he prayed for politicians at the climax of the 2019 annual thanksgiving services of the Jospong Group of Companies and Zoomlion on Friday, December 13, 2019.

According to him, God has placed Ghana in the hands of the ruling New Patriotic Party (NPP) and the opposition National Democratic Congress (NDC).

He prayed for a peaceful 2020 election, asking God “come this election, let your will be done.”

The man of God prayed for a campaign that will be devoid of character assassination, hoping that politicians will put Ghana first ahead of their party.

Politicians present at the ceremony were Minister of Works and Housing, Samuel Atta-Akyea, Chairman of the NDC, Samuel Ofosu-Ampofo, former Speaker of Parliament, Edward Doe-Adjaho, MPs, among others.