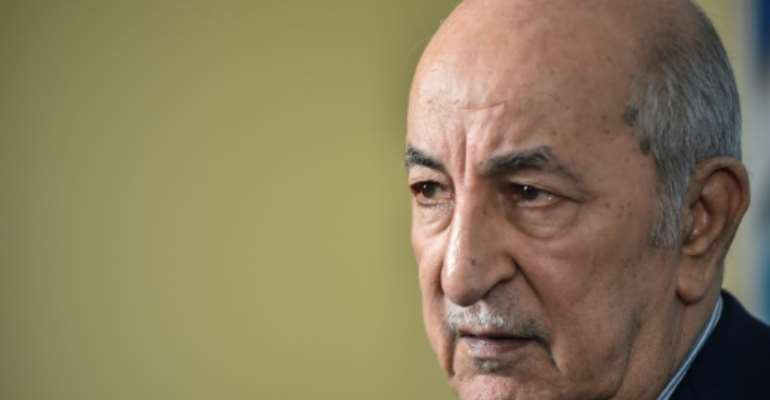 Abdelmadjid Tebboune, declared victor on Friday in Algeria's unpopular presidential election, has spent decades at the heart of the country's establishment including a brief stint as prime minister.

Aged 74 and a senior member of the National Liberation Front (FLN) of former president Abdelaziz Bouteflika, he is far from being the fresh face demanded by the youth-dominated movement that forced Bouteflika from office in April.

The Hirak movement, driven by young activists in a country where half the populations is under the age of 30, has kept up weekly mass demonstrations to demand a total overhaul of the "system" in place since independence -- which Tebboune has zealously served for decades.

He began his career in local administration before becoming a regional governor during one-party rule by the FLN in the 1980s.

In 1991 he briefly served in the cabinet of then-president Chadli Bendjedid, but then left the political scene.

Tebboune, who had never stood for election until Thursday's presidential poll, "is a caricature of the perfect bureaucrat," according to a former associate.

Sporting a thin moustache and smoking "even in non-smoking areas", he is not known for his charisma or public speaking skills, the former associate said.

Taking office following a poll bitterly opposed by anti-government protesters, he is the first Algerian president not to enjoy the prestige of having fought in the 1954-1962 war for independence from France.

But shortly after being elected president in 1999, Bouteflika brought Tebboune out of early retirement to make him minister of communication, later entrusting him with other portfolios.

He left office in 2002, only returning to government a decade later and finally became Bouteflika's prime minister in 2017.

Tebboune was to be the shortest-serving prime minister in Algeria's history.

After launching an attack on oligarchs close to the state who were awarded huge public contracts, he was sacked just three months after taking office.

Most of those he accused are now behind bars over cases of alleged graft.

During his election campaign, Tebboune used this episode to distance himself from Bouteflika's rule.

But controversy has also hit close to home.

One of Tebboune's sons is in pre-trial detention over alleged influence-peddling involving several senior officials, exposed after the seizure of 700 kilogrammes (1,500 pounds) of cocaine at an Algerian port in May 2018.

The incoming president is married and has another son and two daughters.