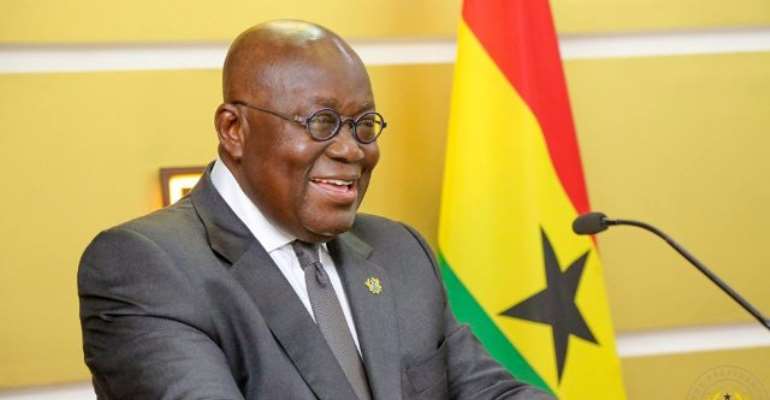 President Akufo-Addo appears unwavering in his party’s fortunes in the forthcoming 2020 general elections.

This show of confidence comes on the back of a recent Afrobarometer survey predicting that neither the governing New Patriotic Party (NPP) nor opposition party, the National Democratic Congress (NDC), would secure a first-round victory should elections be held today.

This means Presidential candidates of both parties -- John Mahama for the NDC and most likely, President Nana Akufo-Addo for the NPP -- would amass just 50 per cent or less votes.

Per Article 63/3 of the constitution, a candidate running for the highest office in Ghana should secure more than 50 per cent of valid votes cast.

However, with just twelve months to the 2020 general elections, both parties, who have alternated power since the start of the Fourth Republic, have failed to concede the report should worry them.

Responding to a question posed by JoyNews’ Latif Iddrisu at a media encounter Friday, President Akufo-Addo said: “A lot of people did not predict my being here, that I will never be here but I am here. That is why you don’t have to worry yourself about one-touch, two-touch or whatever. I am not discouraged.”

The President added that he is committed to executing his mandate as the leader of the country adding that his good work will be rewarded by the citizenry’s vote for his second term.

Nothing Will Stop Gov't From Executing Pwualugu Multi-purpos...
31 minutes ago