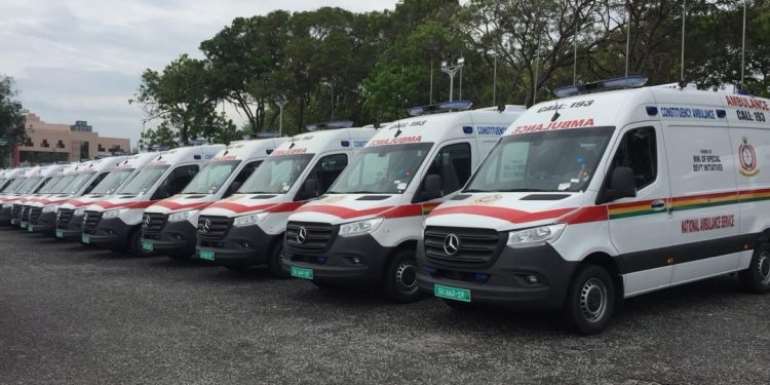 President Akufo-Addo has promised to commission the 275 ambulances on January 6, 2020.

The ambulances have been procured for all 275 constituencies nationwide.

Some have arrived in the country and parked at Parliament House.

There has been calls from a section of Ghanaians for the ambulances that have arrived in the country to be distributed.

The Minority National Democratic Congress in Parliament recently gave the NPP Government a three-day ultimatum to distribute the ambulances.

But President Akufo-Addo addressing journalists from the Jubilee House on Friday, December 13, 2019, said he ordered the Health Minister not to distribute any of the ambulances until the rest arrive in the country.

That, he said, is to ensure that no constituency or hospital is left out.

He said the rest will arrive in Ghana this month.

Subsequently, he said, they will be distributed to hospitals nationwide.