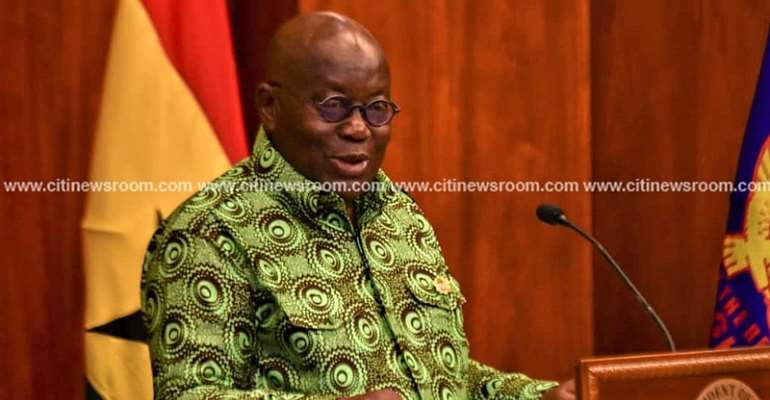 President Addo Dankwa Akufo-Addo has said the government has successfully tackled the ‘cash and carry’ system which plagued the country’s health sector in the past.

Speaking at a media encounter on Friday, the President said this was made possible through the government’s decision to settle a GHS1.2 billion debt owed health service providers by the National Health Insurance Scheme (NHIS).

“I think that we need to make sure that these fundamentals, the fiscal deficit, rates of inflation, rates of interest are held in a good place. We want to sustain the gains we made. It is the reason why some of the important legacies, especially the indebtedness that we have inherited, we have been able to deal with it. 1.2 billion cedis arrears on the National Health Insurance Scheme was an indebtedness of the scheme that threatened the idea of an insurance scheme and was gradually turning the scheme back to a cash and carry system. That has been arrested.”

“Today, we are talking about National Health Insurance Scheme where the arrears are within 4 to 5 months. As at May this year, the indebtedness of the National Health Insurance scheme had been fully discharged. The claims of up to September are now those that are being dealt with in the system because there is always a line between the service, the claim, and the payment so there is always an inbuilt delay in settling arrears. It is not the best but there is a vast improvement of what we inherited. We want to work to make sure the scheme is pumped up,” said the President.

The National Health Insurance Authority (NHIA), has long held that the Scheme had run out of funds to operate.

The Health Insurance Service Providers Association of Ghana in February 2018 threatened to return to the cash and carry system if arrears owed its members by the NHIA were not paid.

The Association said most of its members were owed about 20 months of claims.

Just recently, private health facilities on the NHIS also threatened to revert to the 'cash and carry' system of healthcare if the government does not address their reimbursement concerns.

A statement from the Private Health Facilities Association of Ghana gave the government up to December 16, 2019, to address the indebtedness.

Among their grievances, the facilities are demanding outstanding payments spanning as far back as 2018.