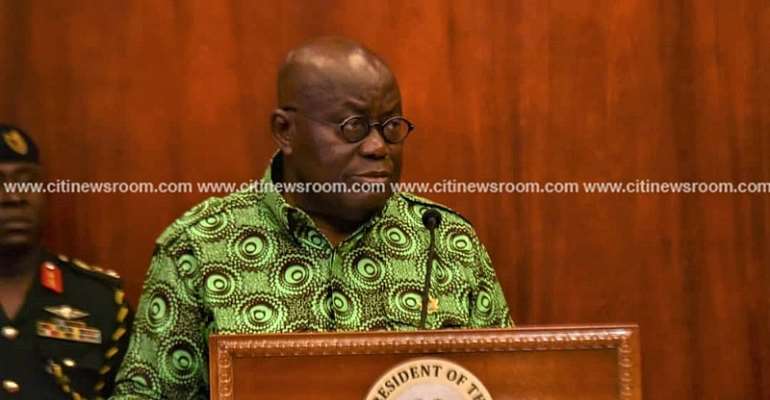 President Akufo-Addo has said government will soon establish a Crop Tree Development Authority to promote the development of other cash crops in the country.

He said the country cannot continue to depend on cocoa as the sole cash crop dominating in the agricultural sector.

Addressing journalists at the Jubilee House at this year’s presidential encounter, President Akufo-Addo said Parliament will soon consider the bill for the establishment of the Authority.

“For far too long we have lived on the back of one mono-crop, cocoa, when we have the opportunity to develop other cash crops that could earn us as much money as cocoa,” the president said.

He said the Authority will supervise the development of cash crops that hold great potentials such as mango and cashew.

“I’m referring to cashew, rubber, oil palm and mango with the target to support the cocoa [we grow]… The tree planting authority will be established to police the development of these cash crops the same way as cocoa,” Akufo-Addo added.

Cocoa generates about $2 billion in foreign exchange annually and is a major contributor to Ghana’s GDP.

Akufo-Addo believes that the Authority will ensure that the other crops earn Ghana much more of that amount.

He said the government is investing heavily in the agricultural sector to make the country food sufficient.

He added that through various interventions including the distribution of basic farm inputs, the capacities of local farmers will be improved to produce more.

“A lot of basic inputs have been distributed through the District Assemblies to our farmers so that we can begin to develop our own capacity to producing food and meat in our country.”

“A lot of investment is going into agriculture, all of this with the aim of improving and enhancing our own capacity to feed ourselves, and be responsible for our own lives and not depend on donor contribution to agriculture,” Akufo-Addo said.