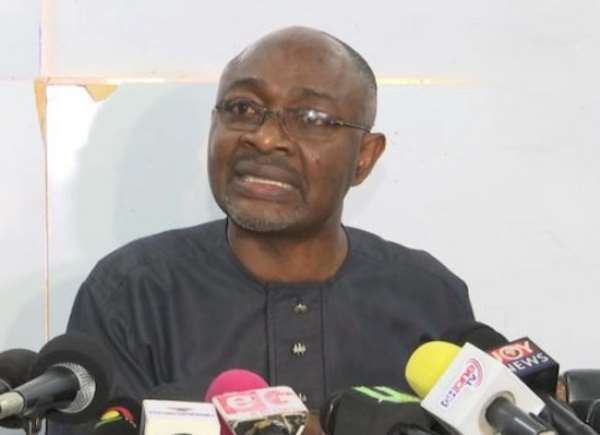 The state has taken a further step to sell properties belonging to businessman Alfred Agbesi Woyome to defray the GH¢51.2 million he fraudulently received as judgment debt.

Two mansions belonging to the National Democratic Congress (NDC) financier located at Trassaco Valley in Accra have been put up for sale to the public.

An advertisement detailing the availability of the property for sale has already been published by the Daily Graphic newspaper paving the way for prospective buyers to make a move.

The two properties have been earmarked to be sold by the end of this month through an auction.

The Supreme Court presided over by a single judge, Justice Alfred A. Benin, last month ordered the state to go ahead and sell four properties of beleaguered businessman Alfred Woyome to defray the debt.

This was after the court found that Woyome had colluded with defunct UT Bank to hide the properties from the state.

The properties include three residential properties – two at Trassaco Valley and one at Kpehe, all in Accra, as well as a quarry at Mafi in the Volta Region.

The state has also indicated that it has discovered two more properties belonging to the businessman and will take steps to sell them off.

Prior to the judgment of the Supreme Court, Woyome had run to the African Court on Human and Peoples' Rights based in Arusha, Tanzania, where he filed a case against Ghana claiming discrimination and violations against his human rights.

In a unanimous decision, the court dismissed the application stating that Woyome's right to non-discrimination, right to equality before the law, equal protection before the law and his right to be heard by an impartial tribunal had all not been violated.

Woyome after the ruling of the court wrote to the Attorney General pleading for time and an opportunity to discuss a term of payment in installments of not having to lose his properties.

The AG, however, rejected the move and Woyome filed an application pleading with the Supreme Court to put on hold the sale of two of his mansions, claiming that he was determined to pay the money if the execution of the court order was stayed.

The panel presided over by Justice Paul Baffoe-Bonnie and assisted by Justices Sule Gbadegbe, Alfred Benin, Samuel Marful-Sau and Agnes Dordzie dismissed the application as 'unmeritorious'.