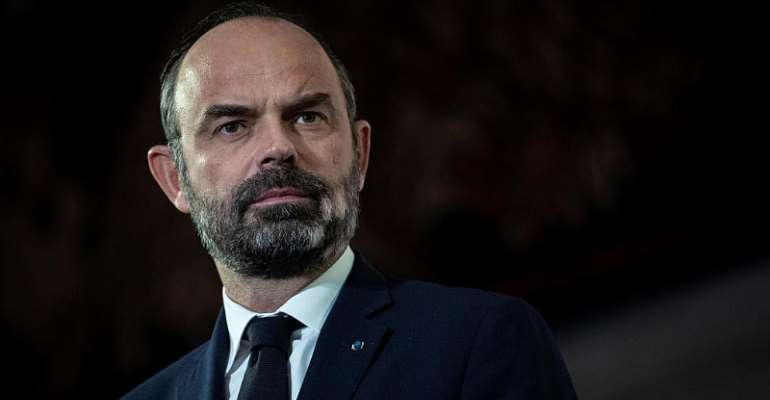 French officials said Thursday that they were open to negotiating a pension overhaul that has sparked crippling transport strikes, as unions warned of walkouts through the holidays unless the government drops the plan.

President Emmanuel Macron, who so far has spoken rarely about a centrepiece of his far-ranging reform drive for France, told reporters in Brussels that "now is the time for consultations."

Prime Minister Edouard Philippe, who presented details of the project Wednesday, said he would call union leaders to "quickly resume the dialogue" on the reforms.

"My door is open and my hand outstretched," Philippe said on Twitter.

Philippe has proposed talks "as soon as possible next week", his office said in a statement.

Unions unanimously rejected his plan for a single pension system that maintains the legal retirement age at 62, but with reduced payouts unless a person works until at least 64.

Even France's moderate CFDT union, the country's largest and long in favour of a single points-based pension system, said the government had crossed a "red line" and voiced support for mass demonstrations on 17 December.

"I'm ready to talk," CFDT chief Laurent Berger told BFM television. "But a willingness to be constructive doesn't mean letting someone walk all over you."

"There won't be any Christmas truce," warned Laurent Brun, head of the transport arm at France's hard-line CGT union, the largest among public-sector workers including those at rail operator SNCF.

"We didn't want this, but the government is standing firm, so this is going to go on for a long time," he told France Info radio.

But the poll also found that 54 percent rejected the proposed "pivot age" of 64 for a full pension, and 54 percent supported the unions' protest.

Jonathan Poireau, a 19-year-old student at the station in Mantes-la-Jolie, a suburb northwest of Paris, said he sympathises with the strikers, even if it meant he had to wait 40 minutes for a train.

"If I were a rail worker I'd be on strike too. They have advantages and they're defending them," he told French news agency AFP.

Others are less understanding.
"I have to get up at 4:30 am and I get home at 9:00 pm," said Fernando Duarte at the Gare du Nord station in Paris. "This needs to end, it's really difficult."

The reform would do away with 42 separate schemes offering early retirement and other benefits mainly to public-sector workers, by phasing in a single system over the next several years.

Hundreds of CGT union workers blocked the major Atlantic port at Le Havre on Thursday, barricading gates and setting tires on fire, while ports were also blocked at Rouen, La Rochelle and Marseille.

Several thousands marched in Paris, where most metro lines were closed for an eighth day, while marches were also held in Bordeaux, Lyon and other cities.

The protest, which saw 800,000 people hit the streets across France at its launch on 5 December, is the biggest show of union strength in years.

Finance Minister Bruno Le Maire called on the CFDT in particular to return to the bargaining table, saying the government was ready to hear its proposals.

"We propose the age of 64, with a bonus and penalty system," he said. "Are there better solutions? Perhaps, so let's discuss it."

The government says the reform will help erase pension system deficits forecast to reach as much as 17 billion euros by 2025.

Philippe acknowledged Wednesday that most people would have to work longer to maintain the pension system, one of the world's most generous.

The average French person retires at just over 60, three years earlier than elsewhere in Europe, and four years before the average for wealthy nations in the OECD, according to OECD figures.

"64 years old, the age for having a full pension, that's impossible for us in the hospital sector," Valerie Lamy, a nurse, said at a march in Rennes, western France.