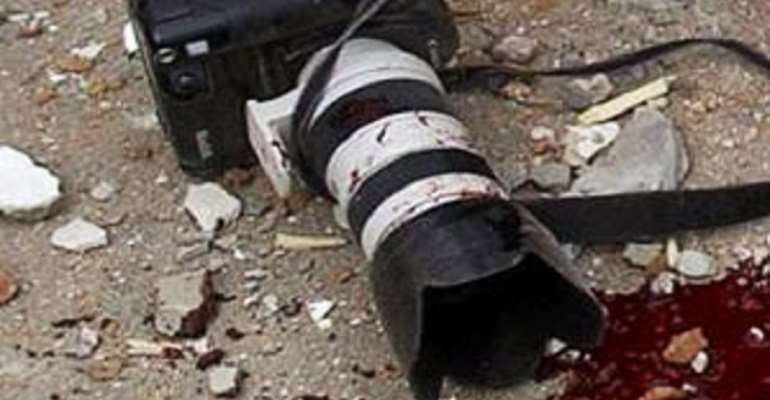 The Committee to Protect Journalists will release its annual report on journalists killed in relation to their work on December 18, 2019.

CPJ's report features a comprehensive catalog of journalists worldwide who were killed this year in connection to their work. The report will provide an analysis of this year's data and a breakdown of the cases by country, medium, gender, job type, and the number of local versus international correspondents killed, among other criteria.

Wednesday, CPJ released its annual census of journalists imprisoned worldwide, marking the fourth year in a row that CPJ has documented at least 250 journalists behind bars in connection with their work.

WHAT: Yearly report on killed journalists
WHEN: December 18, 2019, 12:01 a.m. EST
WHERE: www.cpj.org
CPJ is an independent, nonprofit organization that works to safeguard press freedom worldwide

Note to Editors:
Interviews with CPJ experts and embargoed copies of the report are available upon request.