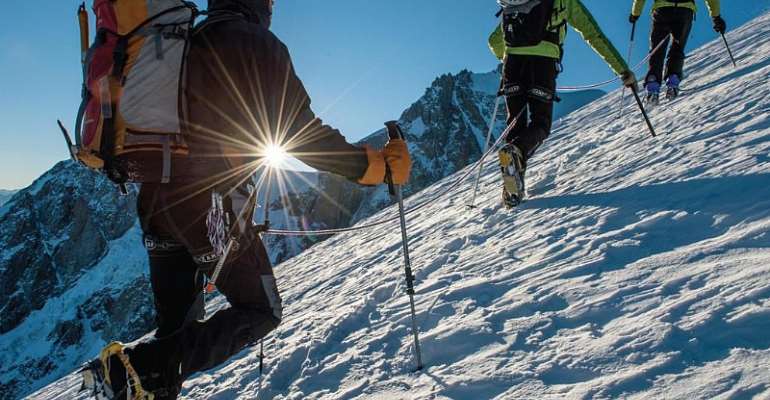 Alpinism inscribed onto UNESCO's list of Intangible Cultural Heritage. The joint bid was made by France, Italy and Switzerland that share the Alps mountain range.

Cultural heritage experts are meeting in the Colombian capital Bogota to go through the list of 24 proposals.

'Intangible cultural heritage' is defined as living forms of heritage that are central to the lives and identities of communities, groups and individuals.

Alpinism was among the first to make it onto the list, that the UN defines as, "a traditional, physical practice characterised by a shared culture made up of knowledge of the high-mountain environment, the history of the practice and associated values, and specific skills."

The UNESCO application was led by Chamonix (France), Courmayeur (Italy), Orsières and canton Valais (Switzerland), with the scientific collaboration with the University of Geneva.

While the first traces of mountaineering date back to antiquity, one of the founding acts of modern alpinism was Jacques Balmat and Michel-Gabriel Paccard's first ascent of Mont Blanc from the resort of Chamonix in 1786.

Alpinism has long been viewed purely as a sport, but Alpinists says it is as much a culture.

The inscription of alpinism onto UNESCO's Intangible World Heritage list comes two days after the International Olympic Committee announced the launch of The Mountain Summit, a group of sporting organisations linked to mountain activities who are committed to protecting the mountain environment.