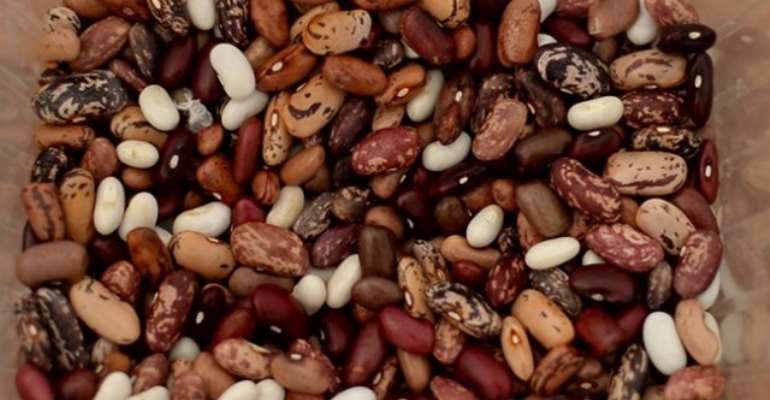 A scientist at Crops Research Institute of the Council for Scientific and Industrial Research is pushing strongly for the adoption of common beans for industrial and nutritional value.

Millions of farmers, many of them women, across the globe cultivate the crop for domestic consumption and commercial purposes.

“The common bean is different from the traditional cowpea because they are two deferent crops. The one popular in the country is cowpea,” Dr. Asibuo said.

Over two billion people in developing countries suffer from malnutrition due to iron and Zinc deficiency.

A 2015 report by Ghana Statistical Service shows 66 percent of children between six and 59 months as well as 42 percent of women are anaemic.

Iron deficiency affects half of Africa’s population by way of poor growth impaired cognitive development and maternal mortality. Experts believe common beans could be an inexpensive solution to such nutritional challenges.

Beans are becoming tradable commodity on domestic and international markets. Demand in many African countries high and hardly met by domestic production.

A few exceptions are Ethiopia, Rwanda, Uganda and Tanzania, who are net exporters.

“Ethiopia adopted the crop recently. They grow the crop for restaurants in Addis and Export” said Dr. Louis Butare of the International Center for Tropical Agriculture.

As such, bean production needs to be increased by addressing constraints and inefficiencies in cultivation and activities along the value chain.

“The CRI has been evaluating common bean varieties from the International Centre for Tropical Agriculture for about ten years now. We received 400 assertions of seeds from Pan African Bean Research Alliance (PABRA), ICTA and other partners. After evaluating for several years we released 4 varieties in 2016. Since then we’ve been conducting demonstration fields with farmers across the country. And now we’d want to promote the marketing aspect of the crop,” he added.

This will be achieved by adopting the bean corridor approach targeting interventions along the bean value chain.

Particularly, in West Africa, improvement in productivity and capacities of smallholder farmers to meet diverse and changing domestic and foreign market requirements are crucial.

“Our initial results show that if you add fertilizer to the soil, it helps a lot because the yields are always high,” an agronomist, Dr. Stephen Yeboah said.

To achieve this goal, the project will raise bean production volume and quality to enhance trade- based enterprises to promote the utilisation of the marketable bean.

“The germination is good. Now, the farmers have gotten to know that they can plant beans the same way they do for cowpea. So, that suspicion, it’s not going to do well is solved. What we’re trying to do now is to bring on board the baked processing companies and also get market from outside,” noted Socio-Economist Dr. Patricia Pinamang Acheampong,

“So far, we’ve contacted two factories; one in Ashanti and the other in the Central regions so that when the farmers produce the crop they can turn into baked beans or pre-cooked beans so that the farmers will have the market.

“We’re also thinking of exporting the commodity to our neighbours. Burkina only released theirs last year. Togo, Ivory Coast, Benin don’t have varieties.” he stressed.