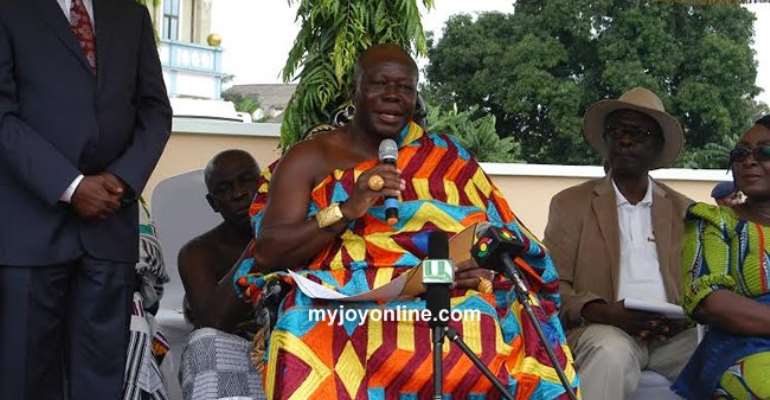 The Ghana Mine Workers Union (GMWU) of the Ghana Trades Union Congress (TUC) has honoured the Asantehene, Otumfuo Osei Tutu II, for his role in reviving the mining industry.

The Union particularly singled out the intervention of Otumfuo Osei Tutu, in bringing back AngloGold Ashanti mine at Obuasi to life after its closure due to low production levels.

General Secretary of the Union, Prince William Ankrah, who led the delegation to the Manhyia palace, presented a plaque made in bronze and embossed with an inscription ‘Opanin no nie’, as well as a symbol of two men blowing horns.

He said the presentation which was part of the 75th anniversary of the Union, was to appreciate the leadership role the Asantehene had provided over the years to ensure that the mining industry was sustained to create employment for the people.

Mr Ankrah said the mining sector was such that whenever there was trouble at one sector of the industry, it affected the whole industry.

He therefore appealed to workers in the industry to maintain the current peace and harmony and to resort to strike actions as the last option in seeking redress for their grievances. 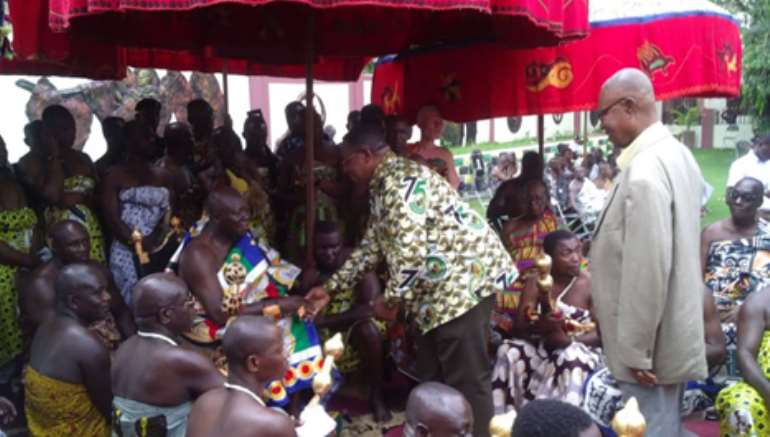