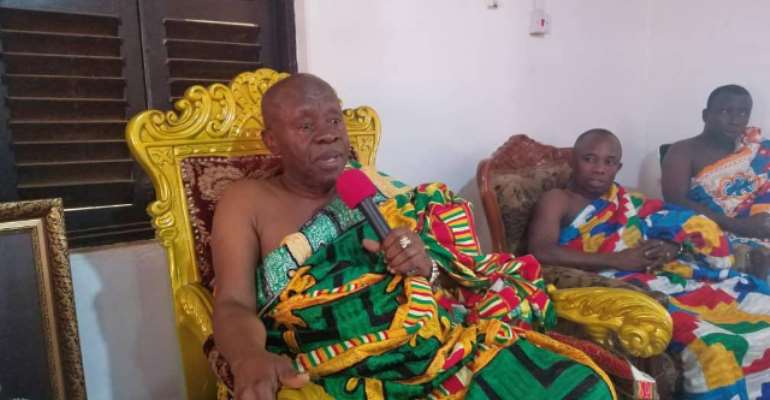 The Omanhene of the Sefwi Anhwianso Traditional Area, Ogyeahohor Yaw Gyebi II name has been deleted as the chairman of the Governance and Development Committee of the National House of Chiefs with immediate effect.

This follows public utterances he made after leadership of the house advocated for a 'NO' vote in the referendum which sought to allow political party participation in local level elections.

Ogyeahoho Yaw Gyebi II told Citi News the stance of the National House of Chiefs did not represent the collective view of the chiefs.

The House of Chiefs, however, insisted that its stance on the proposed referendum was thoroughly discussed by its Standing Committee and at a General Meeting.

The President of the National House of Chiefs, Togbe Afede XIV who recounted processes that led to the decision of the house on the referendum said the matter was also referred to the Governance and Development Committee of which Ogyeahohor Yaw Gyebi II was the chairperson.

Speaking at the final meeting of the House for the year in Kumasi, he noted that he was surprised to hear Ogyeahohor Gyebi claim that members were not consulted.

The House subsequently, removed Ogyeahohor Gyebi as the Chair of the Governance and Development Committee with immediate effect.

Togbe Afede stressed that disagreements within the house must be handled “as family affairs.”