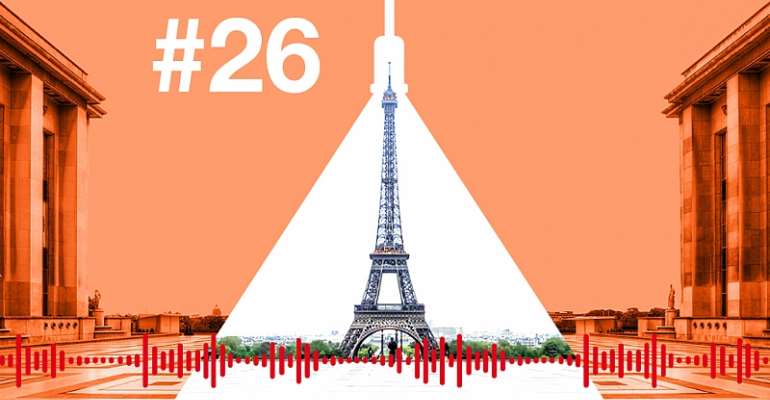 Why the pension reform in France has everyone on edge and is blocking train travel through the holidays. Also, why keeping English out of the French language is more than a matter of words. And the search to unravel a mysterious inscription on a rock in Brittany.

The Academie Française, founded in 1735 to protect the French language, is the butt of many a joke about the French. Some scoffed at a recent communiqué warning officials about their overuse of 'franglais'. But as Sir Michael Edwards, one of the Academy's 40 Immortals, explains, concern over English creeping into French goes deeper than words. It reflects the way we think about the world. (Listen @4'50)

A rock in a bay in Brittany has made the news recently after the local town launched a contest to decipher the writing on it. The inscription is believed to date from the 1700s, and is at least partly in the regional Breton language. We explore the mystery of the rock as part of a look into Brittany's history, language and culture (Listen @16'00)

Michel de Nostredame, aka Nostradamus, was born on 14 (or 15) December 1503, in Provence. He is best known for 'Les Propheties', a collection of quatrains that seem to predict the future. Many swear he predicted events like the rise of Hitler or the assassination of JFK. Was he a prophet? (Listen @19'15)